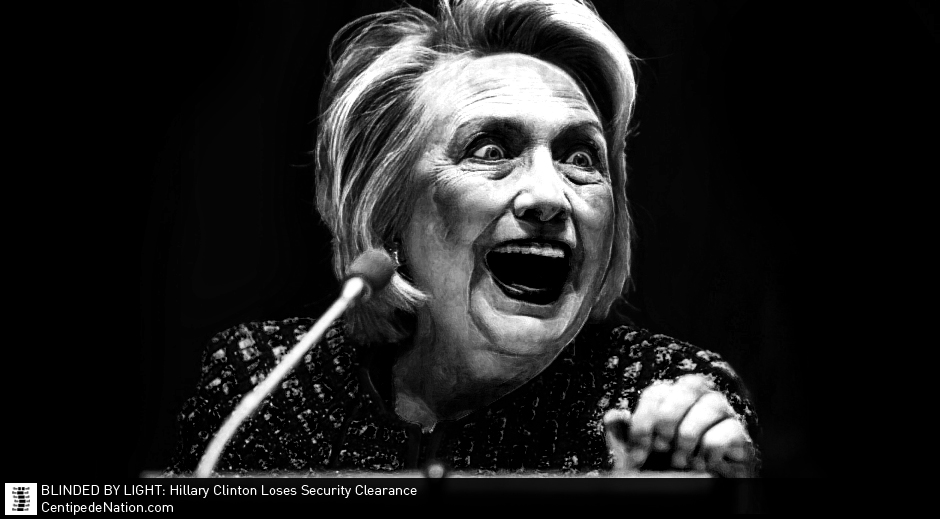 Without a clear view of what is ahead of you, do you slow down, or keep moving forward?

Hillary’s Eyes Have Been Removed

Unfortunately for Hillary, she’s continuing pushing forward with tours and interviews that fuel hate and division. But while all of us were distracted with all the noise from multiple directions, we just learned that Hillary’s security clearance has been removed.

As The Washington Times reported:

Hillary Clinton has given up her security clearance in the wake of the scandal over her handling of secret information on her email server, the Senate Judiciary Committee revealed Friday.

Mrs. Clinton’s clearance expired at the end of August. The others lost their access privileges in September.

Democrats have already started distancing themselves from Hillary since earlier this year, despite what the MSM would have you believe.

To Hillary, it must seem like everything around her is collapsing when first your eyes have been removed, then your friends don’t even want you near them. PANIC.

Democratic senators facing tough reelection fights distanced themselves Tuesday from Hillary Clinton after she said President Trump’s voters came from less productive parts of the country and were attracted by a backward-looking message.

Many people are saying that technically, Hillary “requested” that her security clearance be removed. We responded by saying this was merely a “You can’t fire me, because I quit” moment. The end is near.