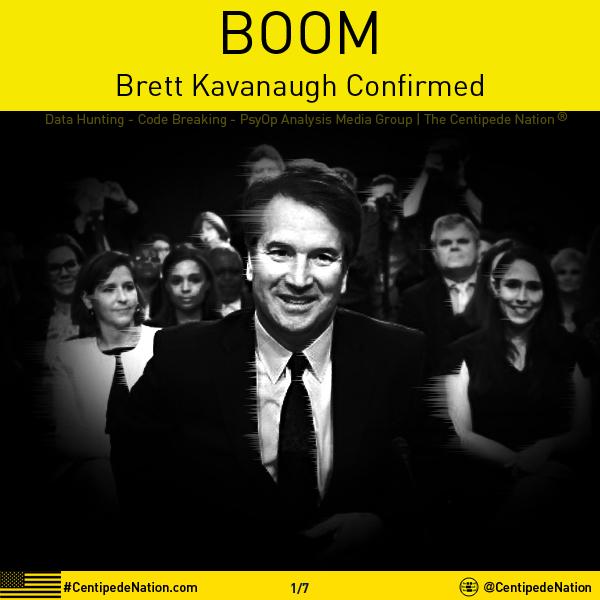 The Senate has confirmed Brett Kavanaugh as the next Supreme Court Justice. This is another win for Trump and the America-First agenda.

The Legality Of PAIN

Now that Brett Kavanaugh has been confirmed, the Deep State can’t obstruct SCOTUS and their ruling of the military tribunals being CONSTITUTIONAL.

Executive Order Blocking the Property of Persons Involved in Serious Human Rights Abuse or Corruption
Issued on: December 21, 2017
…
I, DONALD J. TRUMP, President of the United States of America, find that the prevalence and severity of human rights abuse and corruption that have their source, in whole or in substantial part, outside the United States, such as those committed or directed by persons listed in the Annex to this order, have reached such scope and gravity that they threaten the stability of international political and economic systems. Human rights abuse and corruption undermine the values that form an essential foundation of stable, secure, and functioning societies; have devastating impacts on individuals; weaken democratic institutions; degrade the rule of law; perpetuate violent conflicts; facilitate the activities of dangerous persons; and undermine economic markets. The United States seeks to impose tangible and significant consequences on those who commit serious human rights abuse or engage in corruption, as well as to protect the financial system of the United States from abuse by these same persons.

I therefore determine that serious human rights abuse and corruption around the world constitute an unusual and extraordinary threat to the national security, foreign policy, and economy of the United States, and I hereby declare a national emergency to deal with that threat.
…

On March 1, 2018, Trump signed an Executive Order called “Amendments to the Manual for Courts-Martial”. Within section 12 of this Executive Order, it is understood that the military justice system will work with U.S. attorneys – such as Utah’s John Huber – in investigating and prosecuting criminal cases brought against individuals accused of subversion, and/or linked to the national security threat as outlined by Trumps Executive Order seen above (Executive Order Blocking the Property of Persons Involved in Serious Human Rights Abuse or Corruption). It’s worth noting that the amendments to the “Manual for Courts-Martial” will begin to take affect on Jan 1st, 2019.

2018 Amendments to the Manual for Courts-Martial, United States
Issued on: March 1, 2018
…
Sec. 12. In accordance with Article 33 of the UCMJ, as amended by section 5204 of the MJA, the Secretary of Defense, in consultation with the Secretary of Homeland Security, will issue nonbinding guidance regarding factors that commanders, convening authorities, staff judge advocates, and judge advocates should take into account when exercising their duties with respect to the disposition of charges and specifications in the interest of justice and discipline under Articles 30 and 34 of the UCMJ. That guidance will take into account, with appropriate consideration of military requirements, the principles contained in official guidance of the Attorney General to attorneys for the Federal Government with respect to the disposition of Federal criminal cases in accordance with the principle of fair and evenhanded administration of Federal criminal law. 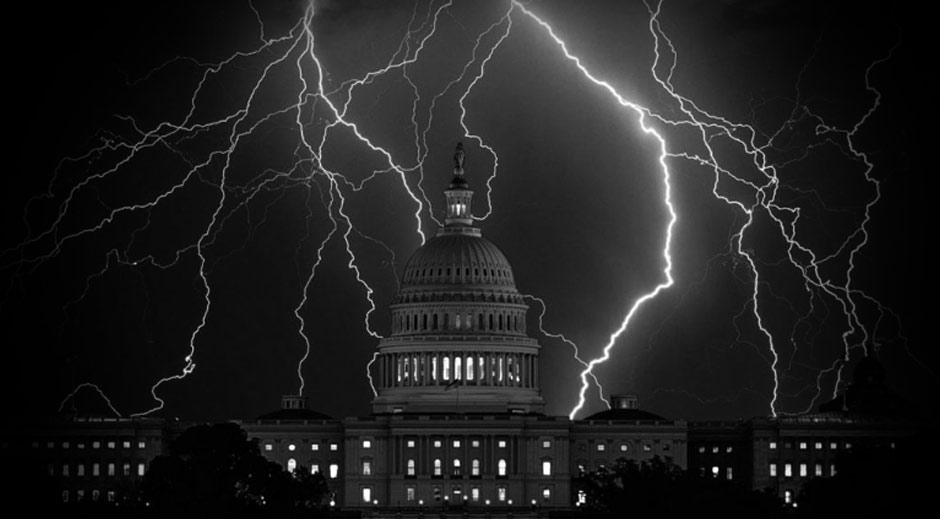