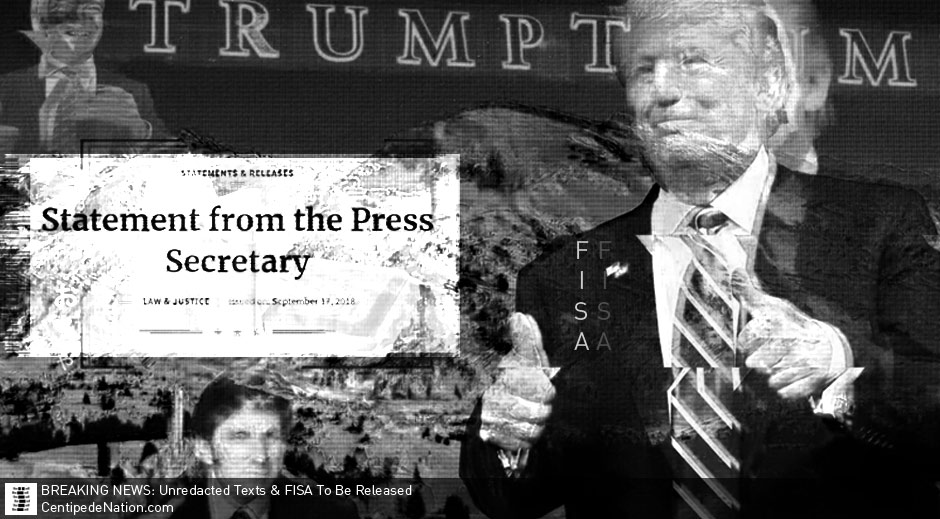 In a surprising move, President Trump has just ordered the Department of Justice to release all text messages related to the Russia investigation with no redactions. October Surprise in the middle of September. Under budget and ahead of schedule. But that’s not all. GEOTUS has also pushed for the release of specific pages from the FBI’s FISA surveillance warrant application (302’s) on Carter Page, as well as interviews with Bruce Ohr.

The Statement from the Press Secretary reads:

“At the request of a number of committees of Congress, and for reasons of transparency, the President has directed the Office of the Director of National Intelligence and the Department of Justice (including the FBI) to provide for the immediate declassification of the following materials: (1) pages 10-12 and 17-34 of the June 2017 application to the FISA court in the matter of Carter W. Page; (2) all FBI reports of interviews with Bruce G. Ohr prepared in connection with the Russia investigation; and (3) all FBI reports of interviews prepared in connection with all Carter Page FISA applications.

In addition, President Donald J. Trump has directed the Department of Justice (including the FBI) to publicly release all text messages relating to the Russia investigation, without redaction, of James Comey, Andrew McCabe, Peter Strzok, Lisa Page, and Bruce Ohr“

What Does the Declassification of FISA & Texts mean:

ANON ASKS: “Can you explain to me what these documents are?”

These are the documents that were used to allow a federal agency to spy on Trump. We will find out the Deep State lied about any Russian ties in order to justify the illegal spying (Illegal because of its premise). They basically started an investigation with “literally nothing” [Lisa Page quote], leaked fake news to the press, then used their own fake leaked stories to justify the investigation. Ouch!

But that’s not all, Trump also ordered the release of text messages related to the Russia investigation between James Comey, Andrew McCabe, Peter Strzok, Lisa Page and Bruce Ohr.

All this, issued on the 17th. What are the odds? 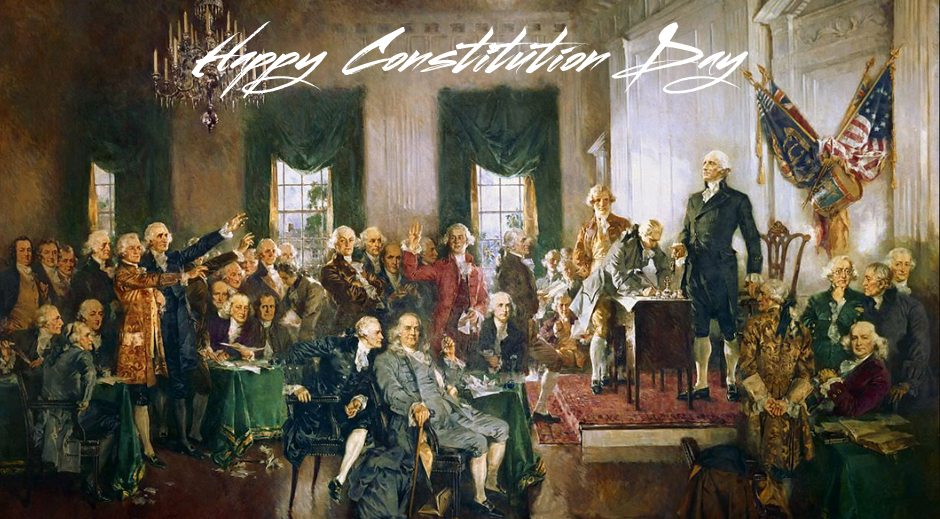 Will Jeff Sessions awaken from his Coma? Stay tuned…