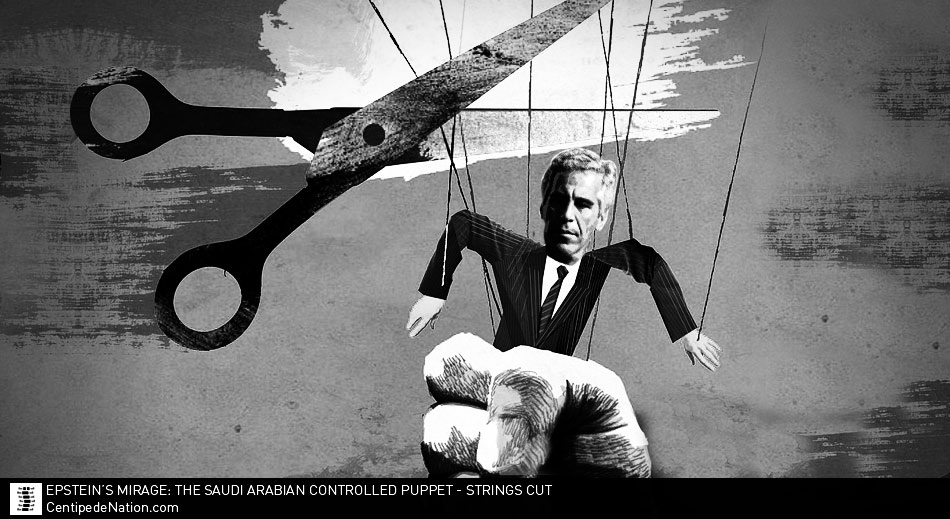 We know Epstein has ties to the Mossad and Rothschilds through Ghislaine Maxwell and her father, but did you know about his ties to the Saudis

According to the Daily Beast’s latest report, FBI agents recently discovered “piles of cash,” dozens of diamonds and an expired passport from the 1980s under a different name that listed his residence as Saudi Arabia with what appeared to be a photo of him.

As this story started developing, news about Epstein’s passport came to light. According to Epstein’s laywers, his fake passport was produced in Austria:

“The passport was for personal protection in the event of travel to dangerous areas, only to be presented to potential kidnapers, hijackers or terrorists should violent episodes occur,”… The prosecutors said the expired passport was issued in the 1980s and indicated that Epstein was living in Saudi Arabia.
[…] In the court papers filed Tuesday, Epstein’s lawyers said the travel document came from Austria and had expired 32 years ago.

Documentation for ‘travel’ can also be produced in many parts of the world, if you have the connections, example: US Consulate (CIA Operated) in Jeddah Saudi Arabia known for producing visa’s for terrorists.

From the Justice Integrity Project:

Shocking New Book Links Illicit U.S. Visas To Terrorists, Current Wars
A former State Department foreign service officer’s new book provides a shocking, timely, and credible circumstantial case that ties the U.S. training of Islamic radicals to our nation’s major foreign policy disasters in the Mideast during the past quarter century.
Michael SpringmannThe book is Visas for Al Qaeda: CIA Handouts That Rocked the World — An Insider’s View. Author J. Michael Springmann is the former chief of the visa section at the U.S. consulate in Jeddah in Saudi Arabia… The essence of his first-hand experience is that he was required as chief visa officer in Saudi Arabia to issue what he regarded as illegal visas to large numbers of U.S.-backed Islamic fundamentalists transiting through Jeddah from multiple Islamic nations so they could visit the United States for secret purposes.

A couple of years ago, I was interviewing a former senior White House official when the name Jeffrey Epstein came up. Unaware of my personal history with Epstein, this person assured me that the New York financier was no serious harm to anyone. He was a good guy. A charming guy. Useful, too. He knew a lot of rich Arabs, including the crown prince of Saudi Arabia, and, further, he had clever ideas about creating bond issues for them. “OK, so he has a girl problem,” this person threw on, almost as an afterthought.

Was Epstein a facilitator for the puppet masters? On the surface it seems Epstein’s island was a playpen for the perverted. But in theory, it could have been a blackmail operation and temple for the satanic elite. Remember the Daily Beast article above? Epstein was rubbing shoulders with rich arabs and the crown prince of Saudi Arabia.

What do we know about Saudi Arabia since Trump became President?

The events that have transpired with Saudi Arabia since Trump has been president include his welcoming reception, the replacement of the Crown Prince, the royal arrests, and not to mention the mandalay bay incident. So we know, that the new Crown Prince Mohammad bin Salman is most probably on Trumps side.