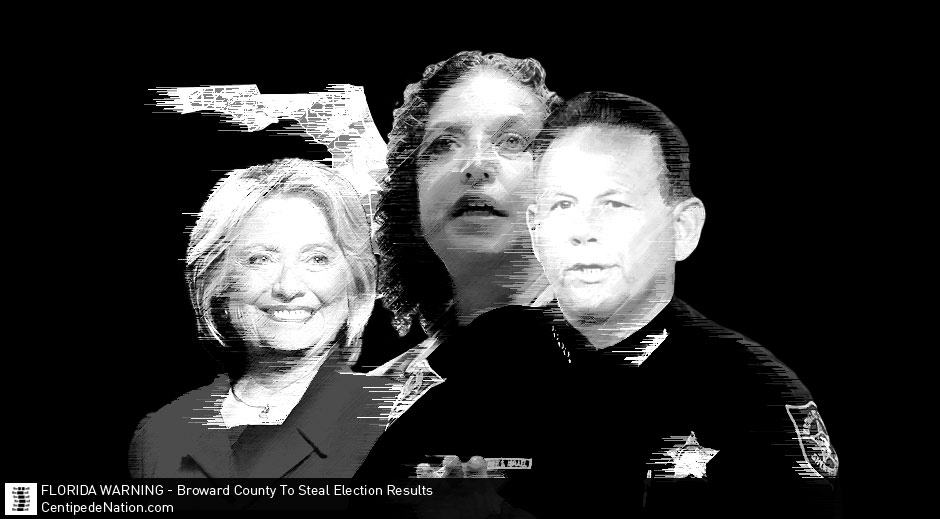 Broward County has a history of election fraud. Are you surprised they are attempting to steal Florida’s election results this time? They have already flipped the Florida agricultural commissioner race from red to blue.

Florida’s senate and Governorship up for grabs

Most of you thought the game was over, but DEMs are not going down without a fight. Florida is still not finished counting ballots and to lead the charge is none other than Debbie Wasserman Schultz & Sheriff Scott Israel’s district of Broward County. Are you surprised?

Florida readies for massive recount. The Senate race will be recounted, and the governor’s race could be close behind. Election officials and campaign operatives across Florida are gearing up for massive recounts in large part due to one familiar problem: Broward County.

Who’s The Law Attorney Hired To Lead The Fight?

According to The Washington Post, in April 2016, Elias hired Fusion GPS on behalf of the Democratic National Committee and the Clinton campaign to complete the opposition research that resulted in the Donald Trump–Russia dossier.

Marc Elias is also connected to the infamous law firm Perkins Coie as well as being a General Counsel for the Hillary Clinton campaign which along with the DNC, paid Perkins Coie $9.2 million.
Source: The Washington Post

Citizens watch as ballots are transported in private vehicles & transferred on to rented trucks during Election night. This violates all chain of custody requirements for paper ballots.

Considering the major players that operate Broward county, it’s no surprise that there’s a history of violating Election laws. The following are 2 instances of such cases.

Article from Politico highlights Broward county getting caught opening the ballots in private.

In the absentee ballot case, controversy arose in 2016 when Republican poll watchers complained that Snipes’ staff was opening the ballots in private, thereby making it impossible for citizens or groups to question whether the ballots were properly cast.