JAGS – Seals Are Wonderful Creatures Too 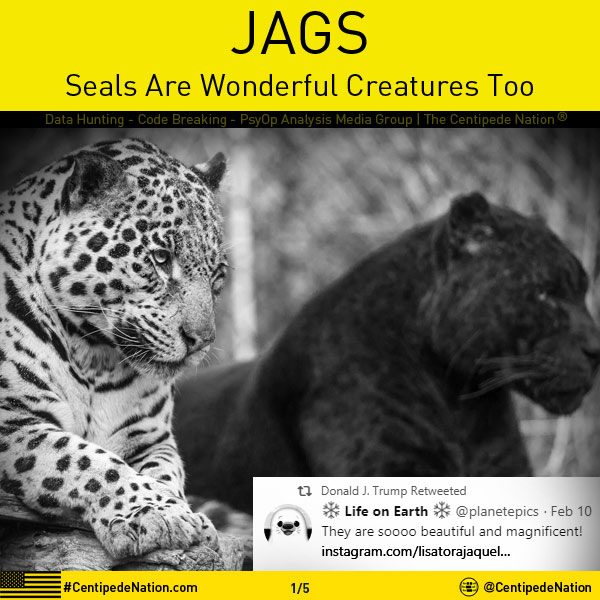 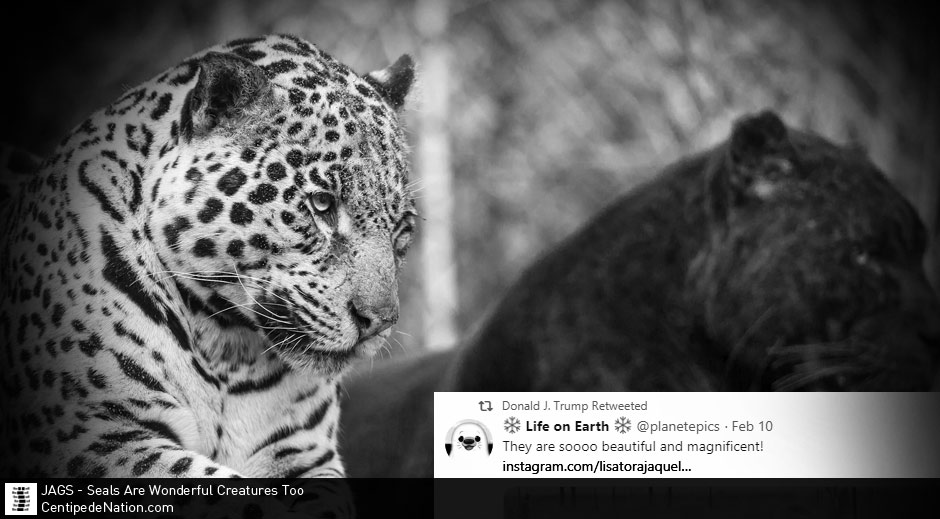 If you’ve been following Qanon for awhile, you would know that Trump often tweets cryptic messages meant to communicate to us anons or to Deep State, and others. Let’s examine a recent one that many have overlooked. 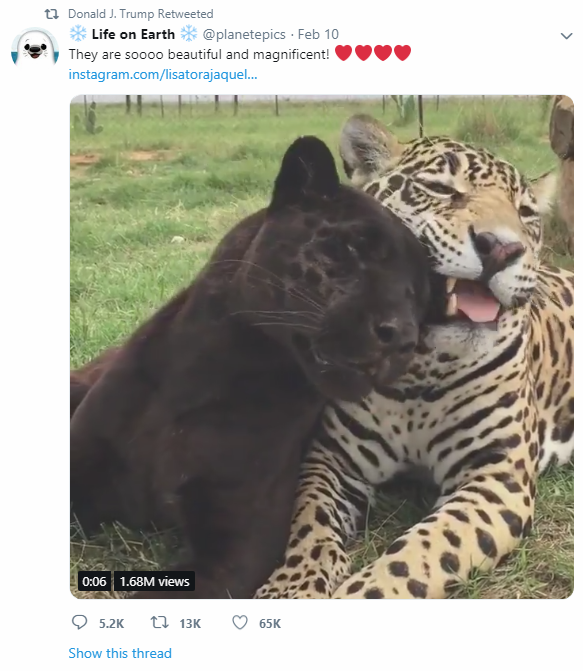 If you notice the avatar of tweet that Trump has reposted, it’s that of a Seal. If you look at the date, it says “Feb 10”.

To give this retweet any meaning, let’s go back to February 10, 2018 to see what Q has posted.

In Trump’s repost from the “Seal” (Life On Earth), we see 2 Jaguars. What could they be referencing? Well, if the Seals are Navy, then what are the JAG’s?

Judge Advocates serve primarily as legal advisors to the command to which they are assigned. In this function, they can also serve as the personal legal advisor to their commander. Their advice may cover a wide range of issues dealing with administrative law, government contracting, civilian and military personnel law, law of war and international relations, environmental law, etc. They also serve as prosecutors for the military when conducting courts-martial. In the United States military, they are charged with both the defense and prosecution of military law as provided in the Uniform Code of Military Justice. Highly experienced officers of the JAG Corps often serve as military judges in courts-martial and courts of inquiry.

So is Trump giving us a hint of what’s to come. Are the SEALS the ones that caught the bad guys, and the JAG’s the ones that will bring the justice/pain?

If anyone thinks that these are leopards and not jaguars here is the confirmation from the original instagram post:

For now we don’t know what else these posts imply, there could be more to this connection. We will update this post on our site when we have more intel.