LA RÉVOLUTION – A Result Of Nationalist VS Globalist Wars 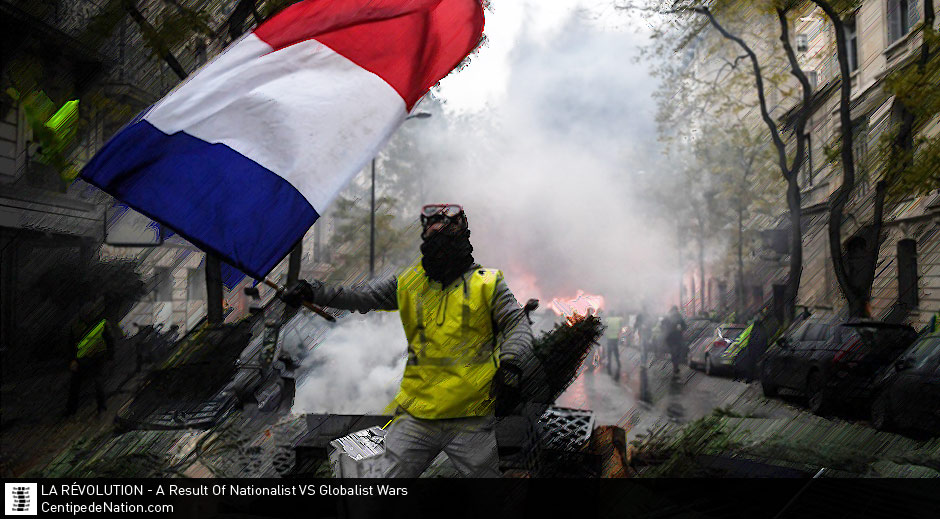 The protests in France and the rest of Europe are an effect of failed globalist policies sparked by hidden wars between global oligarchs, sovereign military white-hats, & the financial/occultist elite. Let us show you how they all connect.

The MSM wants you to believe the protests are about fuel taxes. But are they? Not quite. The “Yellow Jackets” in France are fueled by disruptive globalist policies implemented through dialectic tactics with the purpose of “uniting” Europe under a federation ruled by an unelected technocratic elite. They are protesting against fraudulent international treaties that are chipping away at their sovereignty, and open-border policies that are ravaging their native population with crime, all of which has the French pay into the same system that is making huge efforts of replacing them. These Globalists and their agenda are triggering a response back home from Nationalists like Trump and the military white-hats, and we’re going to take a look into some recent events that helps make sense of it all.

Remember a few days before Trump was to visit France on 11/11, Macron called for a European army to defend against “Russia, the US. and China”. Why would Macron do this? Earlier this year, Trump labeled the EU as the US.’s main “foe”. He said it was due to trade, but it goes much deeper then that, as you’ll see later.

On October 22nd, Trump held a rally in Houston, Texas where he called out the Globalists and labeled himself a Nationalist – causing a media uproar that went global.

This gave Macron an opportunity to address that on his 11/11 Veterans day speech, in which he stated that ‘Patriotism Is the Exact Opposite of Nationalism’ – an obvious shot towards Trump. Two days later, after returning from France, Trump embarrassed Macron by communicating directly to the people of France when he stated: “By the way, there is no country more Nationalist than France, very proud people-and rightfully so! MAKE FRANCE GREAT AGAIN!”.

The following 3 tweets are the quotes referenced:

Emmanuel Macron suggests building its own army to protect Europe against the U.S., China and Russia. But it was Germany in World Wars One & Two – How did that work out for France? They were starting to learn German in Paris before the U.S. came along. Pay for NATO or not!

The problem is that Emmanuel suffers from a very low Approval Rating in France, 26%, and an unemployment rate of almost 10%. He was just trying to get onto another subject. By the way, there is no country more Nationalist than France, very proud people-and rightfully so!……..

What happened next? Just a few days later, the People of France started to protest. All was needed was a small spark to light up their hearts. So to the streets they took.

Who is Emmanuel Macron?

Emmanuel Macron has attended some of the most prestigious schools of France. Many of which have notable alumni such as heads of states and government officials. Macron has been bred and trained into the position he currently holds. It’s no wonder he calls himself the ‘Jupiterian’ president (more about this later). 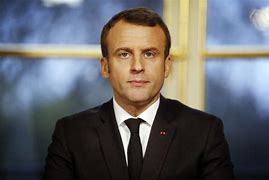 Did You Know? The École Nationale D’Administration is known as the most prestigious of French Grandes écoles. To this day, the school has selected and trained around 5600 French senior officials and 2600 foreigners. As one of the most elite French schools, it has a low acceptance rates and a large majority of its candidates have graduated from other elite schools in the country.

Part 2 – The Ties to US National Security Concerns

Let’s move on to the next part that connects Macron, France, Japan, and the concerns that America’s National Security faces that is currently operating under the radar.

Who is Carlos Ghosn? 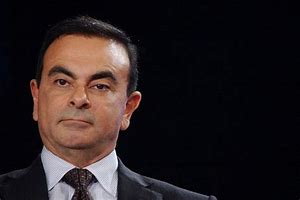 On November 19th, Carlos Ghosn was arrested and dismissed after Nissan uncovered “significant acts of misconduct,” including under-reporting his compensation and personal use of company assets. Nissan said it conducted internal investigations over the past several months based on a report from a whistleblower. It then shared its findings with public prosecutors.

The Alliance is a Franco-Japanese strategic partnership between the automobile manufacturers. Originally started as Renault-Nissan Alliance in 1999, the alliance went on to add Mistubishi in 2017 – one year after Nissan acquired a controlling interest in the company.

Renault currently has a 43.4% voting stake in Nissan, while Nissan holds a 15% stake in Renault with no voting rights, effectively giving Renault majority control.

Important: The alliance is not the same as a merger or acquisition.

In 2015, Macron was a 37 year-old economy minister that ordered a surprise government stake increase in Renault, which was designed to secure double-voting rights for France. This move put the Japanese end of the Renault-Nissan alliance on edge. Rightly so. As of today, France owns 15% of Renault.

Why was Carlos Ghosn really taken out?

In an article posted by Fortune.com back in November, it stated:

Nissan and Renault Chair Carlos Ghosn Was Reportedly Planning to Merge the Two Before His Downfall.
According to a report from the Financial Times, Nissan’s board opposed Ghosn’s plan to merge Nissan and Renault — a plan that was set to materialize within months, according to the paper’s sources.

Did they take him out because he wanted to merge the companies? After Ghosn’s arrest, Mitsubishi and Nissan voted to remove him as chairman. Renault on the other hand, appointed an acting chief executive, but has kept Ghosn in his positions of CEO and chairman. Remember, Renault has 43.4% voting stake in Nissan. So the French Firm would have the upper hand.

*** Update 01/06/2020 13:12 ***
Carlos Ghosn: I Have ‘Actual Evidence’ This Was A Coup To Take Me Down…
Ghosn told Bartiromo that at a press conference this week he plans to name names, including some people behind the Japanese government which he believes, are behind his 2018 arrest over financial misconduct allegations. Ghosn believes “they wanted to take him out” because he was going to merge with Nissan and Renault.

*** Update 01/06/2020 23:23 ***
Nissan says it will still pursue legal action against Carlos Ghosn
The company said consequences of the former auto executive’s misconduct “have been significant,” pointing out that he was probed by the United States, and adding that investigations in France are ongoing… Nissan said it will continue to cooperate with judicial and regulatory authorities wherever necessary.

What is Mitsubishi Heavy Industries? 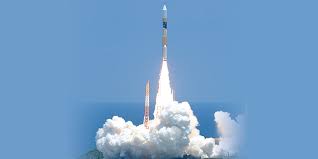 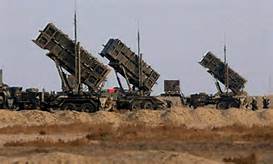 Think About This: If Renault merged with Nissan, wouldn’t it also gain control and ownership of defense intelligence secrets through Mitsubishi Defense contracts? Is Macron’s comment about building a “European Army” starting to make sense now?

Could it be that our intel agencies blew the whistle on Ghosn in order to prevent France from acquiring Japanese and US defense technology?

The Japanese defense industry received about US$10 billion worth of advanced technology from the United States between 1950 and 1983.

Shower Thought
Isn’t it strange that Macron calls for a “European Army”, and just days later, the person that would of instigated a transfer of US tech secrets to France was taken out?

Macron once said he wanted to be a “Jupiterian” leader. It’s no coincidence that European media are trying to fulfill this illusion.

Being a banker for the Rothschilds’ and later their puppet for their French regional arm, it is not foolish to believe Macron’s destiny is shaped by greater powers. Macron has since been labeled and sometimes mocked as calling himself the Jupiterian president. There is no denying that this has occult symbolism tied to it.

Let’s now take a look at who Jupiter is, and the history of the cult worship of this deity. 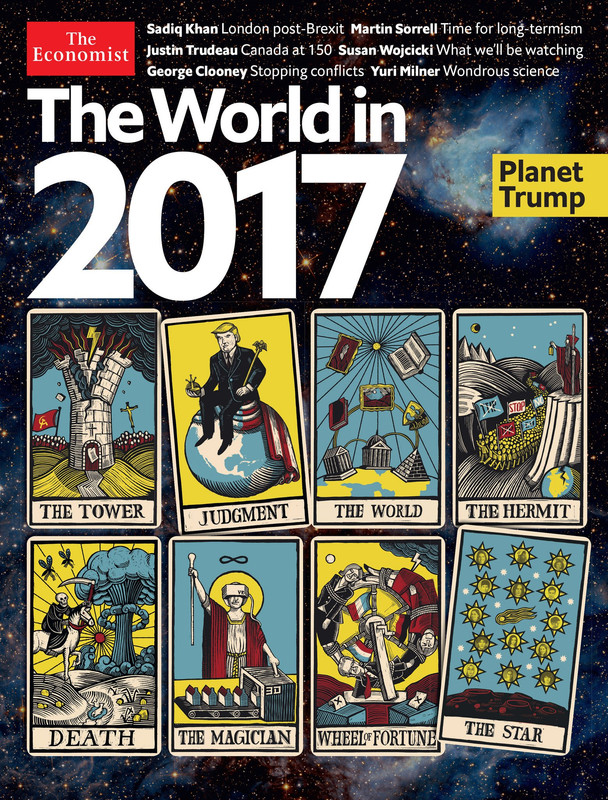 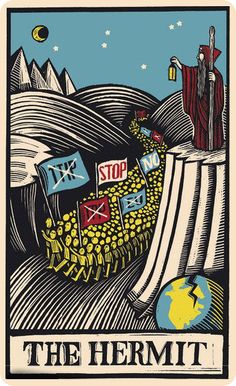 First featured in the Rothschilds’ 2017 Economist Mag, this card shows the HERMIT leading the way to enlightenment. It symbolizes guidance, self discovery, & heightened awareness. It includes yellow colored protesters (Yellow Jackets?) holding up signs that say: NO to EU, TPP, TTIP, etc. By seeing this you might come to the conclusion that the Rothchilds have a hand in creating these protests, while that might be, we think that their covers are more like fortune telling, where they merely foresee future events based on their involvement in global affairs and occult beliefs.