MASTERING THE GRIP – The Persuasive Art of the Handshake

The “Alpha” power handshake commonly used by Trump, displays dominance over most of his encounters. He uses his height at 6’2” to tower over their personal space, forcing them to look upward to meet his eyes. They not only see a large alpha figure, but it forces them to expose their throat, which subconsciously makes them feel exposed and weak. This gives Trump an unspoken message of importance, power & control. Couple that with Trumps’ body language, the psychological manipulation becomes Trumps’ ultimate weapon. 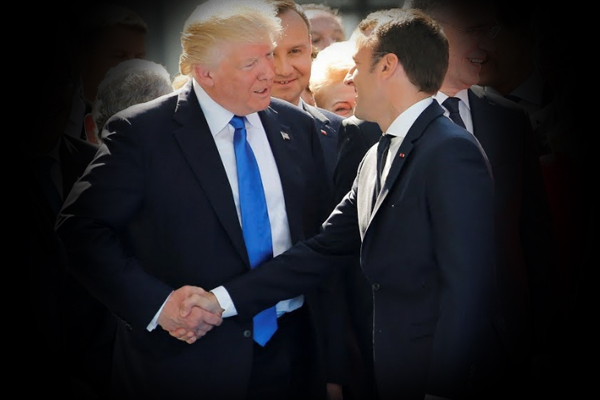 Used on special occasions, the pull-maneuver is a variant on Trump’s handshake where he pulls/yanks the person’s outstretched hand towards him, not only putting the person off balance, but forces them out of their personal space, making them uncomfortable, confused, and submissive. This jolt reminds them that Trump is the one in control. 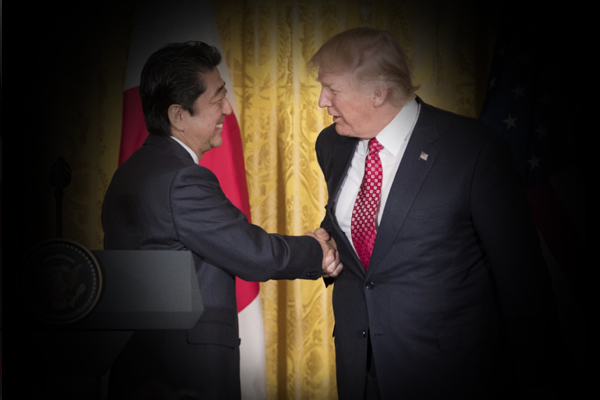 Look at Trump’s friendly face. He’s confusing his opponent and opens him up emotionally while being dominated up close and personally. Trump isn’t shy. He’s an Apex predator.

Trumps “bone-crusher” handshake involves completely engulfing the other person’s hand to convey power and confidence as to say “I’m in charge, don’t mess with me”. The bone-crushing squeeze makes his opponent feel pain but scared to show it. This occupies their mind with emotion and not enough time to think about their original counter projection. The way they react will show whether or not they’re going to be compliant, and from there, Trump will analyze, adjust, and further manipulate his encounter with other psychological techniques. 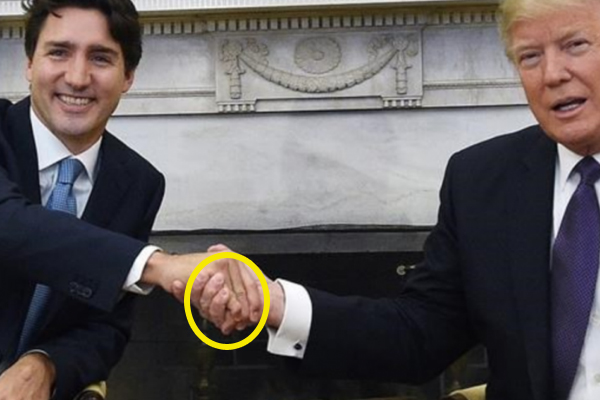 Pay attention to Trudeau’s pinky. She tried to puff-up her palm thinking it will protect her, but she made it worse. It’s crushed.

The Sandwich or Double-Handed Handshake

Trump occasionally uses a sandwich-like handshake when he wants to psychologically throw off the opponent using sincerity, yet fatherly-like dominance. Before completing the sandwich, Trump offers his hand with his palm facing up in a show of sincerity. Trump then psychologically dominates by patting or “petting” his encounters hand – giving him a fatherly-like dominance. By using both of his hands, it increases the amount of physical contact while further restricting his encounters’ self-control, at the same time, making them emotionally submissive. Trump’s dominance is sealed. 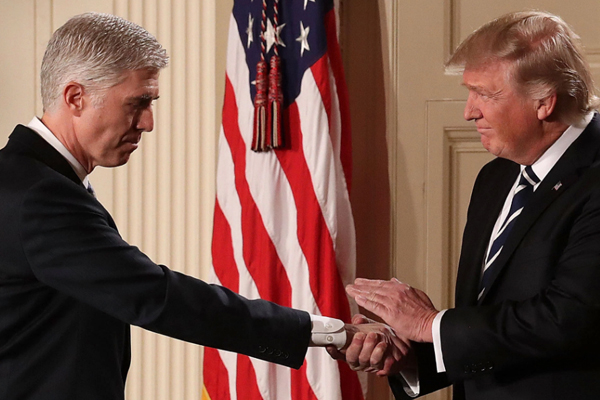 History of The Handshake

The handshake dates back thousands of years, and was a symbol of peace. One of the earliest depictions of a handshake is found in a ninth century B.C. relief, which shows the Assyrian King Shalmaneser III pressing the flesh with a Babylonian ruler to seal an alliance. 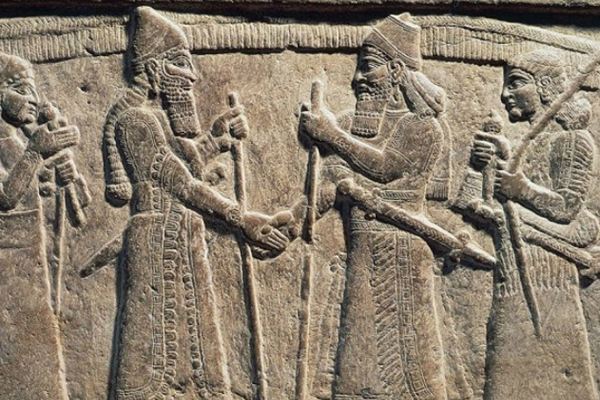 Homer described handshakes several times in the “Iliad” and “Odyssey,” with relation to pledges and displays of trust. The handshake was also a motif commonly found in the fourth and fifth century B.C. Greek art. 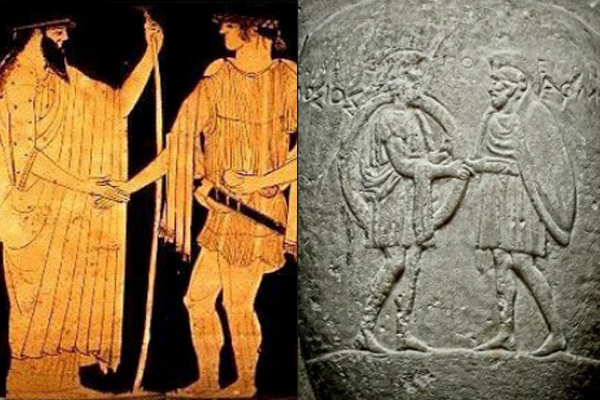 When two people reach out for each others’ hands in a mutual handshake, it is a display of no ill will – at least initially. Originally, the purpose of a handshake was to show that neither person was carrying a weapon and bore no harm towards one another. The up-and-down motion of the handshake may have been created as a way to dislodge any knives or daggers that may have been hidden up a sleeve. The military salute serves partly for the same function – displaying as it does the empty weaponless hand. 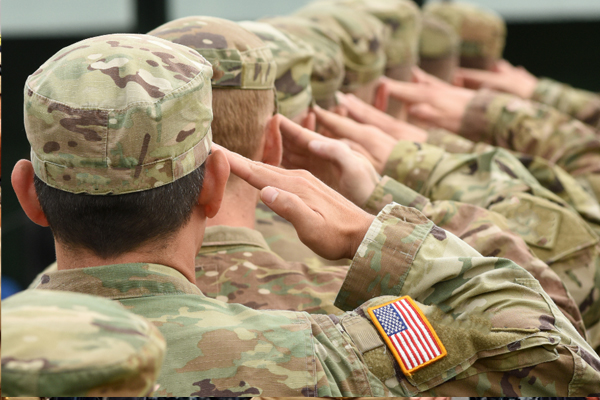 The historian Walter Burkert once explained that the handshake was a symbol of good faith when making an oath or a promise, but is only made effective by a ritual gesture.

In a ritualistic context, when hands are clasped, the gesture secures their word as a sacred bond. Some even spit in their hands before – sealing the deal, as both participants’ saliva bonds together. This is the “lite” version of a Blood Oath. 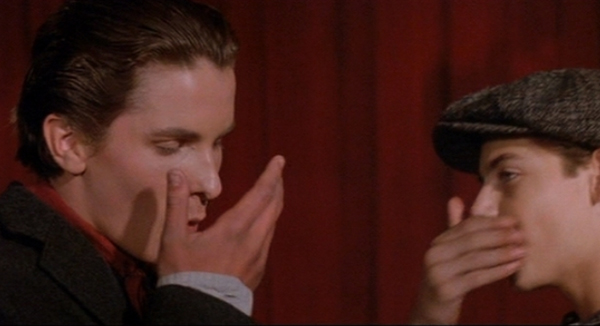 Identifying the Beta Cuck Through a Handshake

You can tell when a person is beta when their handshake is weak, or limp – allowing it to be squeezed, hurt, and manipulated. To establish if your encounter is a beta cuck, quickly initiate a handshake and observe the counter gesture. Is he coming with a palm up, palm down, sideways – is he limp and weak? A handshake gives you an opportunity to identify if the other person is strong or a beta cuck. A weak handshake can be interpreted as having a lack of confidence, shyness, introversion, guilt, and general anxiety. For people with body awareness and intuition, they can use a handshake to quickly size up their opponent which could in turn give them complete control over the rest of the encounter.

The No-Handshake – The Ultimate Insult