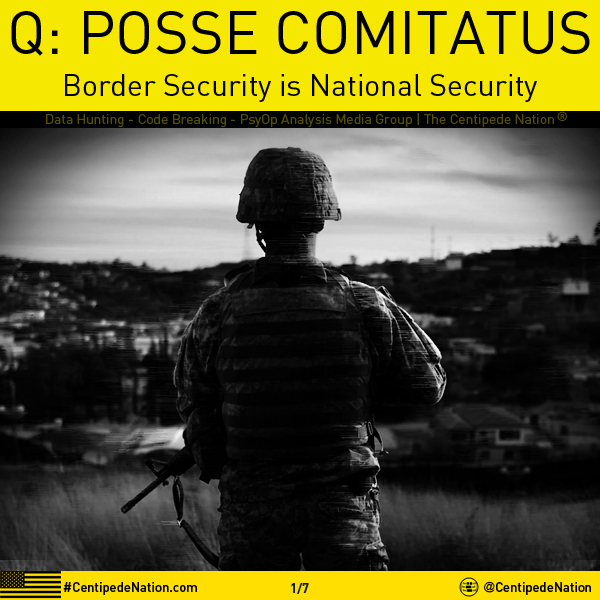 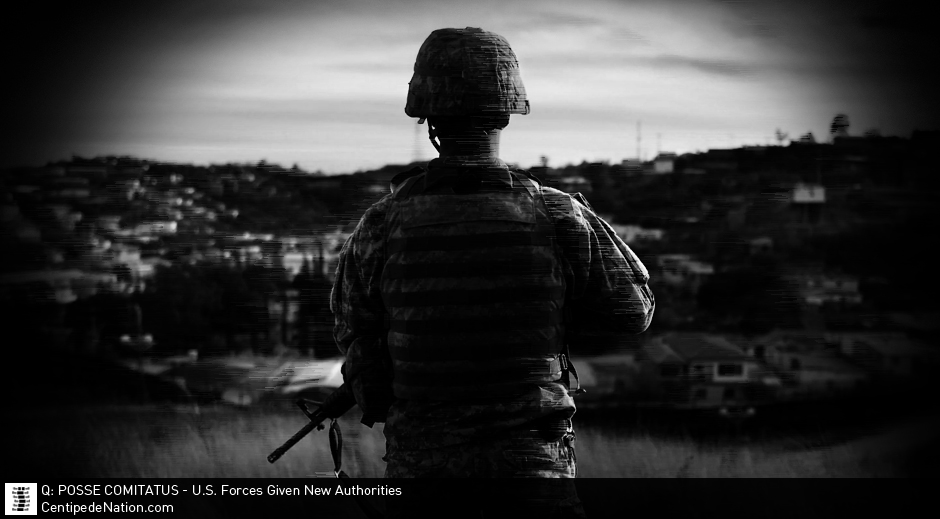 Latest Q breadcrumbs gives us perspective into the legalized methods used to protecting our borders. This will be a small, yet – hopefully – an informative post. Let’s break it down. 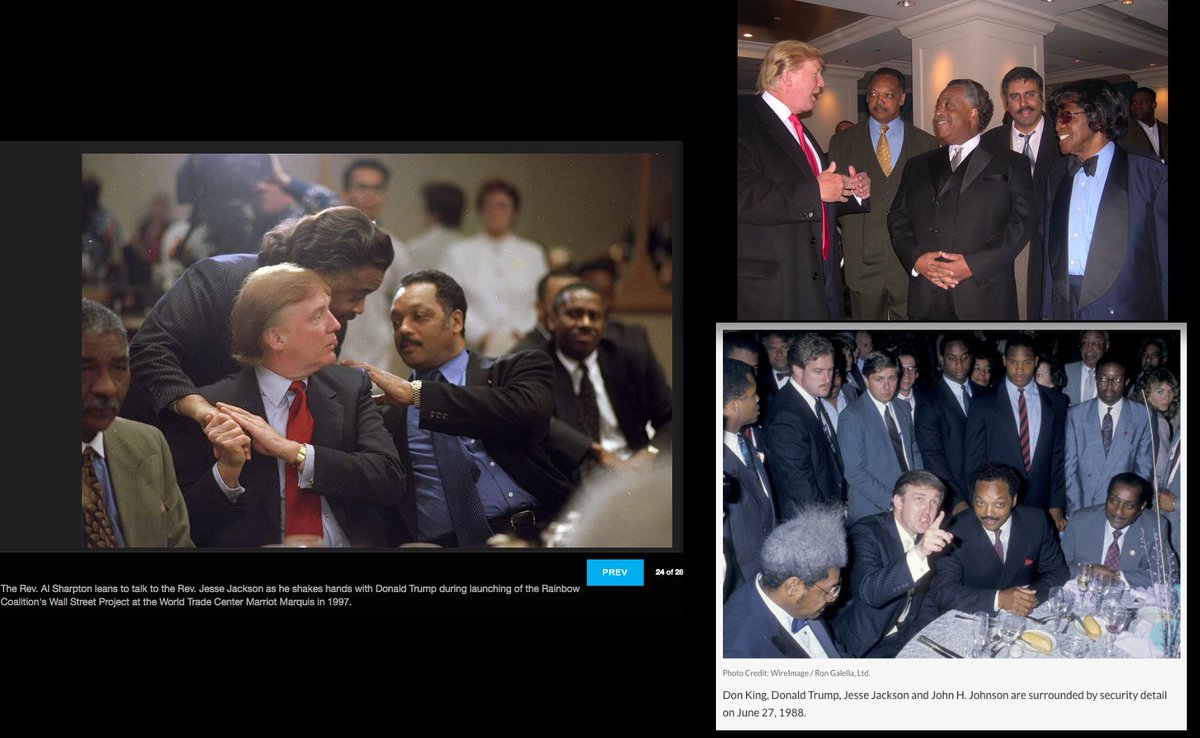 >>4610613
Do you notice any similarities?
D’s attempt to turn the public against our police, ICE, and those who continually serve the public interest (protect)?
Open borders w/ no Immigration & Customs Officials to safeguard the people?
EU gov’t attempt to turn the police against the people re: yellow vest protests?
Police vs People _ EU
D’s attempt to sway public vs Police/ICE _ US
A war against GLOBALISM.
A war to retain SOVEREIGNTY.
DIVIDE THOSE WHO POLICE & SAFEGUARD AGAINST THE PEOPLE THEY ARE SWORN TO PROTECT.
CHAOS.
MAKE THE PEOPLE FIGHT THEMSELVES VS ORIGINAL TARGETS (OLD GUARD).
FAKE NEWS push of racism, fascism, sexism, every other …’ism’ etc…. against those seeking to END GLOBALISM in favor of NATIONALISM (pride of heritage and culture – preservation & security/safety) is DESIGNED TO KEEP YOU SUBMISSIVE.
Why do D’s deploy and use ‘racism’ as their ‘go-to’ tactic when an argument or narrative cannot factually be substantiated?
POTUS & BLACK COMMUNITY PRE_CANDIDACY?
POTUS & BLACK COMMUNITY POST_CANDIDACY?
RECONCILE.
They want you DIVIDED.
CONTROLLED SUBMISSIVE SHEEP.
Posse Comitatus Act.
Q

The Posse Comitatus act states that US armed forces are not allowed to engage in police activities against US citizens.

USlegal.com gives us a nice definition which is as follows:

The Posse Comitatus Act is an act that prohibits the federal government from using the armed forces as a posse comitatus for law enforcement, except in cases and circumstances expressly authorized by the Constitution or Act of Congress. The act was enacted in the year 1878, and it is cited in 18 USCS § 1385.

Of course there are many legal variables about this act that we haven’t included because it will make your head spin, none-the-less, that is the gist of it. But, diving deeper into the EXCLUSIONS of The Posse Comitatus act, are the following (there are more than 3, but these are what we have noted):

Sending the troops to the border won’t exactly violate this act, and here’s why. Back in November of 2018, new authorities were submitted to Mattis via a Cabinet Memorandum signed by Chief of Staff John Kelly. This memorandum authorizes troops to “perform those military protective activities that the Secretary of Defense determines are reasonably necessary” to protect border agents, including “a show or use of force (including lethal force, where necessary), crowd control, temporary detention, and cursory search.” It asserts that “credible evidence and intelligence” indicating that migrant caravans moving towards the border “may prompt incidents of violence and disorder that could threaten” Customs, Border Protection, and other government personnel and “prevent them from performing the Federal functions necessary to secure and protect the integrity of the southern border.”
Read the complete memorandum here.

President Trump also signed a precursor to John Kelly’s Cabinet memorandum. It was an internal “decision memorandum” that was obtained and published by Newsweek. In that Newsweek article, it states the following:

Mattis told reporters in a press gaggle at the Pentagon Wednesday that U.S. forces would not violate the Posse Comitatus Act, the 1878 federal statute that restricts the government’s ability to use the U.S. military as a police force. However, Mattis did indicate that the new authorities give U.S. forces an expanded law enforcement role to protect Border agents. Mattis said Wednesday, “I now have the authority to do more. Now we’ll see what she asks me to do,” Mattis said Wednesday, referring to Homeland Security Secretary Kirstjen Nielsen.

Q !!mG7VJxZNCI No.435
Nov 7 2018 23:47:49 (EST)
https://en.wikipedia.org/wiki/Martial_law
https://en.wikipedia.org/wiki/Posse_Comitatus_Act
“..or in response to chaos associated with protests and mob action,”
Article 1, Section 9 of the US Constitution states, “The Privilege of the Writ of Habeas Corpus shall not be suspended, unless when in Cases of Rebellion or Invasion the public Safety may require it.”
Q

Back in November of 2018, Q referenced a section from a Wikipedia page that shows how martial law was used to bypass the Posse Comitatus Act, such as “…response to chaos associated with protests and mob action”. In context, this was in reference to a domestic situation known as the 1934 West Coast waterfront strike in San Fransisco. The strike peaked with “Bloody Thursday” which stopped all work in the major port city for four days. So basically Martial Law can justify bypassing the Posse Comitatus Act. Also, the Writ of Habeas Corpus can be suspended too, which is basically a court order to a person or agency holding someone in custody (such as a warden) to deliver the imprisoned individual to the court issuing the order and to show a valid reason for that person’s detention.

A Last Word on the rest of Q’s Post

Q reminds us how the DEM’s and Deep State use tactics to divide us so we fight each other rather than them. They want us to remain submissive sheep. They use fake news to turn the people against each other and against the people sworn to protect us. They’ll do anything to kill nationalism so they can remain in control. Trying to protect our borders all of a sudden makes us racist and xenophobic, instead of it being about our safety and preserving our heritage and culture. They also push fake news that demonizes ICE and Border Patrol to make them seem like they are evil and against human rights, when in fact they are the ones protecting U.S. citizens. Basically they are using divide and conquer strategies to control. Sheep No More.

About 20 minutes after this post was made, Qanon has made a new post which states that “Border Security = National Security”. This was the name of our Q analysis. How coincidental. 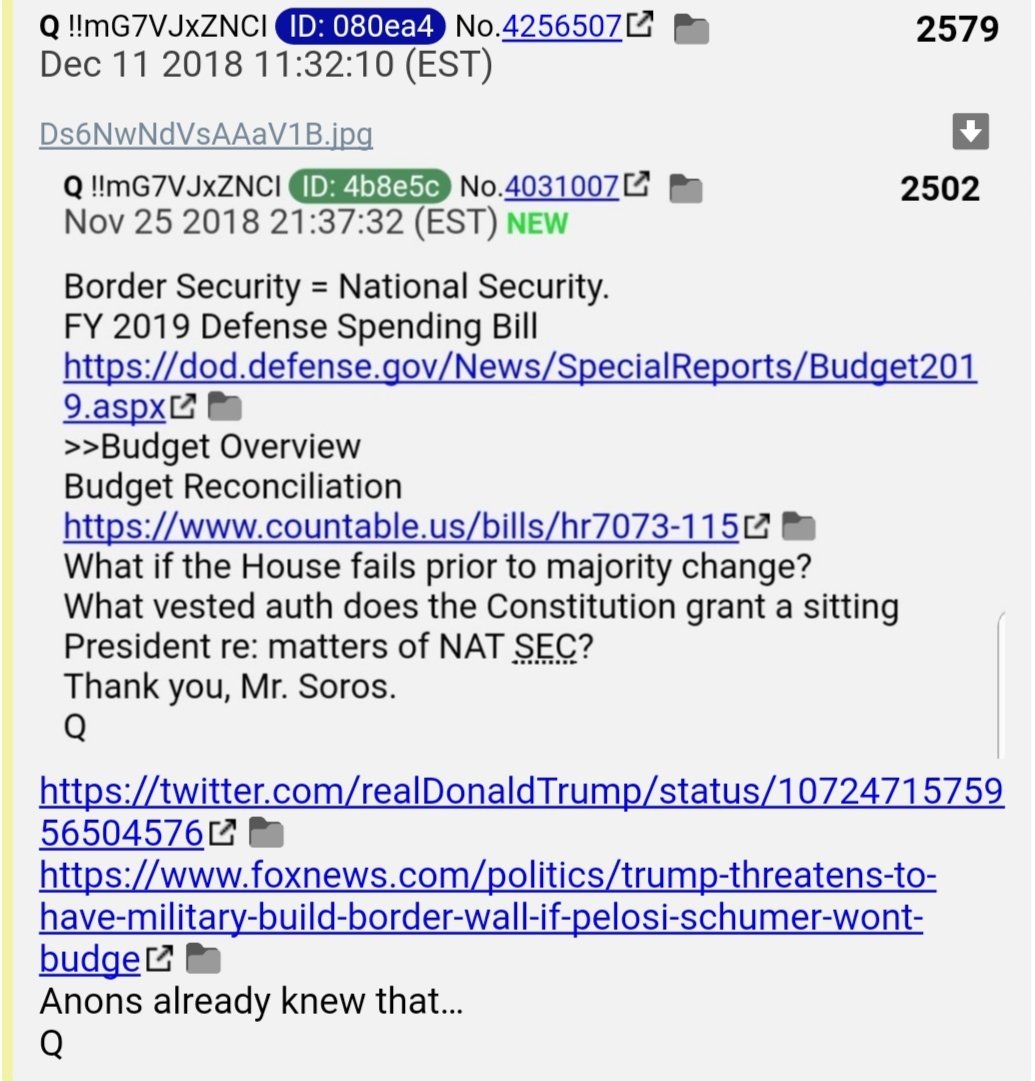 More on what @costareports is hearing – Trump has been talking about it for several days, and White House counsel's office has taken a look at what is possible since the shutdown began and Trump revived talk of this inside White House. https://t.co/3KiZdOnOrY

Several days?
What if this was always the plan?
Justice K.
Timing is everything.
Why deploy vested powers of the Office of the President (under ‘verifiable’ matters of National Security) when you can instead unveil America’s TRUE ENEMY?
Public awakening.
https://wikileaks.org/podesta-emails/emailid/7524
“We have has a very good relationship with Maggie Haberman of Politico over the last year. We have had her tee up stories for us before and have never been disappointed. While we should have a larger conversation in the near future about a broader strategy for reengaging the beat press that covers HRC, for this we think we can achieve our objective and do the most shaping by going to Maggie.”
You are not safe.
Q

I guess we’re on the same page.

Trump is using the shutdown to expose the DEM’s. As we’ve known for a while, there is money to build the wall through the military budget, and with the Soros paid caravan, Trump has the justification to build it as a National Emergency.

Trump just posted a message to text “BORDER” to 88022 to vote to secure the border!

Make sure to vote and MAGA!