QANON: The 16 YEAR PLAN – They Never Thought She Would Lose 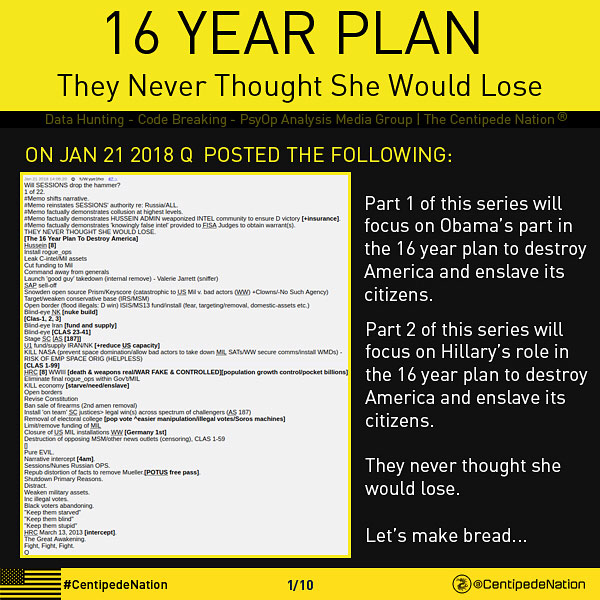 Part 1 of this post will focus on Obama’s part in the 16 year plan to destroy America and enslave its citizens. Part 2 will focus on Hillary’s role.
They never thought she would lose.

Will SESSIONS drop the hammer?

Will Sessions drop the hammer? Q tells us to trust Sessions. We think Sessions is playing 4-D chess and working in the shadows, living up to his nickname “The Silent Executioner”. Sessions’ strategy all along has been to lay low while Huber prosecutes in the background, and force either Congress or Horowitz to the forefront as the origination of any investigative requests.

1 of 22 = the current investigation(s) taking place under Sessions. Obama is one of those high-profile investigations. Specifically the weaponization of the FBI and DOJ against the American people, and against Trump in an attempt to keep him out of office, and to impeach him if and after he won.

The Nunes #Memo shifts the narrative the MSM is desperately trying to push. ALL Democrats voted to keep the memo private and not release to the people for fear of finding out the truth.

The memo gives Sessions the ability to investigate everything, even though he previously recused himself from the Russia investigation.

The memo factually demonstrates to the American people that there was a coup d’etat against this nation. Obama, Hillary, the Deep State, foreign intelligence like FVEY’s, and many others are all guilty of conspiring against Trump’s presidency.

The Memo proves the Obama administration weaponized the intelligence community to ensure the Democrats would win the 2016 presidential election.

Obama’s plan was to unmask and leak information that was detrimental to Trump’s campaign by using the fake Fusion GPS dossier to get FISA court approval to conduct electronic surveillance. 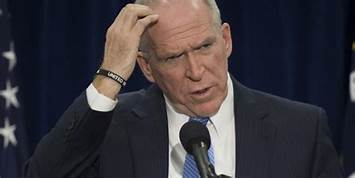 CIA Director John Brennan also led the efforts to sell the “Russia collusion” narrative to the mainstream media and the American public in order to prevent Donald Trump from serving out his term in office should he (unexpectedly) win the election.

THEY NEVER THOUGHT SHE WOULD LOSE.

With all their corruption and election rigging, they never thought she would lose. They were careless, stupid, and didn’t cover their tracks. They didn’t even know or care that their communications were intercepted by the NSA.

[The 16 Year Plan To Destroy America]

The plan started with Barack Hussein Obama and his 8 years in office. The plan would have continued another 8 years if Hillary was elected, which would have finalized America’s destruction.

Goal: Weaken USA Globally in the 8 years of his presidency.

Obama installed rogue operators such as Lynch, Eric Holder, James Comey, etc., within the administration to fulfill the plan. He also passed laws that allowed the alphabet agencies access to NSA/MIL data and intelligence info. This gave the clowns (CIA) full capabilities.

Obama admin leaked and transfered classified material to other nation states to weaken the U.S. by distributing the control structures, making our enemies more difficult to defeat.

Military funding was cut in order to reduce the effectiveness of our Military as a challenger to the cabal.

Valerie Jarrett played a major role in sniffing out all the patriot generals which led to Obama removing 200 of whom were loyal to the country & Constitution; replacing them with bad actors willing to perform a benefit for the cabal. 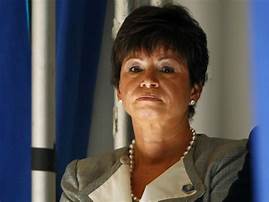 “Faithful to her roots, [Valerie Jarrett] still has connections to many Communist and extremist groups, including the Muslim Brotherhood,” said Judicial Watch. “Jarrett and her family also had strong ties to Frank Marshall Davis, a big Obama mentor and Communist Party member with an extensive FBI file.”

SAP= Secure Access Protocol, highest level of clearance; This information was sold-off to bad actors around the world.

Snowden was a CIA plant who weakened the NSA and then posed as a good guy, while his actions were detrimental to the U.S. military world wide by giving bad actors their tools of infiltrations.

Obama weaponized the IRS and MSM to go after any opposing conservative base power to reduce chances of any uprising.

Open borders served as a demographic replacement and allowed for the installation of puppets through voter fraud. Open borders also allowed the importation of ISIS/MS13 gangs in order to instill fear into the population for the removal of targeted domestic assets; Anyone that disagreed with their agenda was a target. Also think about all the false flags that were used to introduce new laws.

Obama looked the other way when our intelligence agencies were reporting that NK was building Nukes.

Obama turned a blind eye when warned of Iran building nukes, while at the same time funding their program and supply line.

The Supreme Court had to be stacked to achieve their agenda. Antonin Scalia (AS) was murdered (187 = police code for murder).

Uranium One deal funds and supplies Iran/NK with uranium to enrich while depleting the U.S. MIL supply and capabilities.

NASA was de-funded and prevented from any space domination. This allowed any bad actors to remove any Military assets like satellites, communication capabilities, and allowed for the installation of weapons of Mass Destructions from the outer atmosphere – which would put the whole country at risk for an EMP attack while leaving us helpless. 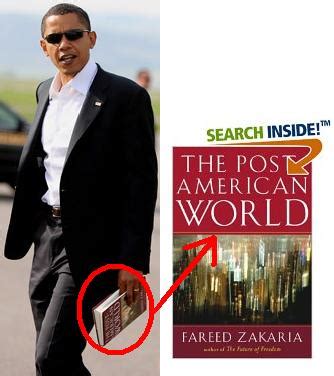 Hillary Clinton was expected to serve two terms [8 years] as President. She would initiate WWIII with real weapons and death, but the war would be manufactured to provide large-scale population reduction and for the cabal to benefit financially.

Clinton would neutralize any remaining loyal and patriotic Americans in Gov’t/MIL and replace them with rogue operators.

Her policies would erode U.S. economic capabilities, export our wealth by further tying us to the global economic structure, and weakening us for an easier takeover.

Our borders would be completely opened to the world. This would remove any last trace of sovereignty for the nation.

Our founding document would be gutted and stripped of any remaining freedoms.

The right to bear arms that has kept America free would be removed, and the citizens would no longer be able to protect themselves from crime, foreign invasions, or the cabal-owned government.

Judges willing to betray the country and Oath of Office would be installed onto the US Supreme Court. Justice Antonin Scalia was murdered in order to install a puppet to tip the balance of votes.

Hillary would remove the electoral college as it is much easier to manipulate the larger population via the Mockingbird MSM and through the infiltrations of our education system to the younger population. Voter fraud would be accomplished more easily with Soros-owned electronic voting machines.

Hillary would further hamper the military by cutting its funding – leaving exposed our country and foreign assets.

Hillary would initiate a closure of our military bases world wide starting first with our base in Rammstein, Germany – which is where we control our drones in the Middle East & Central Asia.

There was a plan for the elimination of journalists with dissenting views, and those who were not contract-workers for the CIA’s Operation Mockingbird. Think citizen journalists and social media reporters with influence. This would be done through censorship, removal of ad revenue, and other nefarious means.

America would have been in the killbox. Collapse imminent. Pure Evil indeed.

White hats are saving us from pure evil

The media gets daily talking points every morning at 4am [What time do the birds sing?] and has been and continues to be intercepted by white-hats.

The false NARRATIVE was that AG Jeff Sessions and Rep. Nunes are actually Russian agents operating against the best interest of our country. This includes the attempt to paint everyone on twitter and other platforms as “Russian bots”.

The narrative was simply that republicans were distorting the facts in order to remove Bob Mueller as Special Counsel and give POTUS a “free pass” in the Russia-collusion investigation.

Distraction is the deep states tool for the public to help hide all the good that is happening, and the implications of the FISA MEMO.

They want to degrade our military capabilities further.

The only way Democrats really get into power is by the use of votes by illegal aliens. Voter fraud.

Black Americans no longer trust the Democratic party and are starting to wake up. Some are beginning to see how they have been manipulated and taken advantage of all these years.

These are 3 statements that were made by Hillary Clinton that were intercepted on March 13, 2013, showing very clearly her and the Democrat party’s opinion and strategy of the governance over Black Americans.

Americans and the rest of the world are finally waking up to the horrible truth.

Patriots (of all colors and creed) need to keep fighting and remember our power is in our numbers.

An Important Piece Of This Plan To Remember:

If it wasn’t for Admiral Rogers, the NSA, POTUS, the U.S. Military, Flynn, and patriots like you, we would not be able to overcome this evil that has plagued the world for so long. If Trump didn’t win the election, our world would be a very different place. 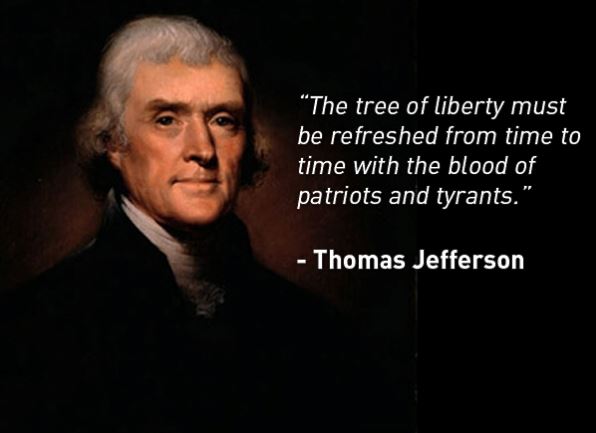