SPECIAL COUNSEL – Timing Is Everything 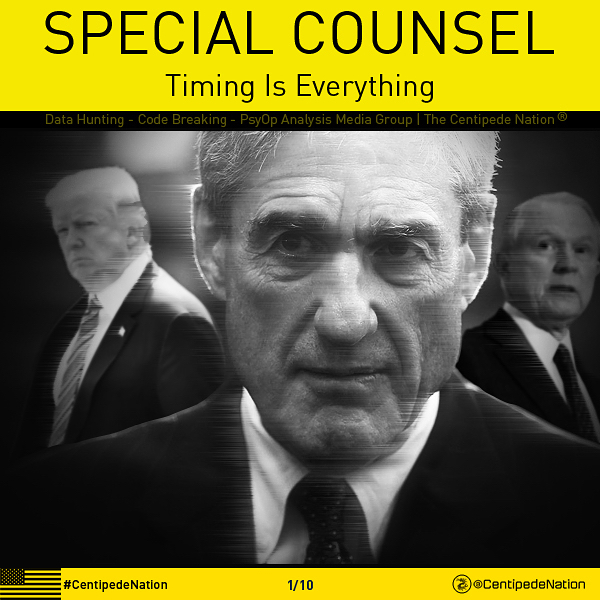 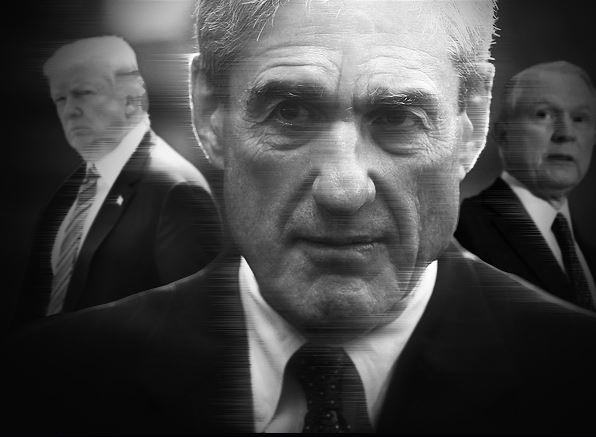 As many of you know, Robert Mueller met with Trump and Rosenstein the day BEFORE he was appointed Special Counsel. Let’s find out what role he and others really play in this game of chess.

Why did Mueller meet POTUS 1-day prior to FBI announcement if Mueller COULD NOT be offered director due to prev term limits rule?

The MSM narrative was that Mueller was interviewed for the FBI Director spot. But the truth is he wasn’t ELIGIBLE because there’s a 10 year limit for that position and he was already an FBI director under Bush & Obama.

What authority does POTUS have specifically over the Marines?
Why is this important?
What is Mueller’s background? Military?

The President has operational control over ALL branches of military, and they can directly do his bidding, whether or not there is a formal declaration of war. He outranks all military personnel, and can promote, demote, or fire any military person desired.

Ever Noticed? Trump has called Russia investigation a witch hunt, but never spoke bad about Mueller. Nobody has ever asked why.

Rosenstein met with Trump & Sessions 1 Day before meeting with Mueller. Possible Reason Why: Trump & Sessions had to find 2 people that were compromised to make the Deep State think they were in control.

Rosenstein was compromised due to his ties to the Uranium 1 scandal. Since Rosenstein was trusted by “The Swamp”, he was appointed “Deputy Attorney General” without any push back by Congress because they thought he was one of them. This allowed Rosenstein to then appoint Mueller as the Special Counsel while Sessions recused himself. This made Mueller’s appointment seem like a Swamp-Designed move.

Opinion: Rosenstein & Mueller have been recruited by Sessions & Trump as leveraged people that are used to accomplish a goal.

Why would Mueller leave a job that pays millions per year?

Q asks if Mueller is Trump’s enemy or used as leverage (Uranium 1 scandal).

Comey, Mueller, & Rosenstein have all said Trump isn’t the target of a criminal investigation. If they all say Trump is not a target, why does MSM keep pushing that false narrative? Let’s find out…

What is being investigated?

Hillary, Obama, Podestas, etc… Notice the Podesta Group got shut down. By the way, what’s Tony Podesta up to nowadays?

To make Dems think they’re in control. He also stacked his team with the same people that have ability to provide dirt on the cabal.

Why are POTUS supporters screaming for END?

Because Trump’s supporters don’t know who’s really being investigated. Neither do his enemies.

Giuliani is a prosecutor, not a defense attorney. So, he wouldn’t be coming to “defend” Trump, although that’s what the MSM would have you believe. Think about this; Isn’t it more likely that Giuliani – a prosecutor – was brought on board to help Mueller with the prosecution phase of Hillary, Obama, Podestas, etc… while Trump is cleared? Yes.

Not confirming SC is on /team/.
Question everything.
Timing important.
Planned?
Q

Qanon knows the Deep State is monitoring every Q post now. So Q is not confirming to us or them whether Mueller is a white or black hat. The Deep State doesn’t know if they can trust him. Their uncertainty about him is strategic. It is Psychological Warfare.

The former head of the CIA – John Brennan – thinks Mueller is going to indict Trump. This shows there is a disconnect. Q’s psychological warfare is working.