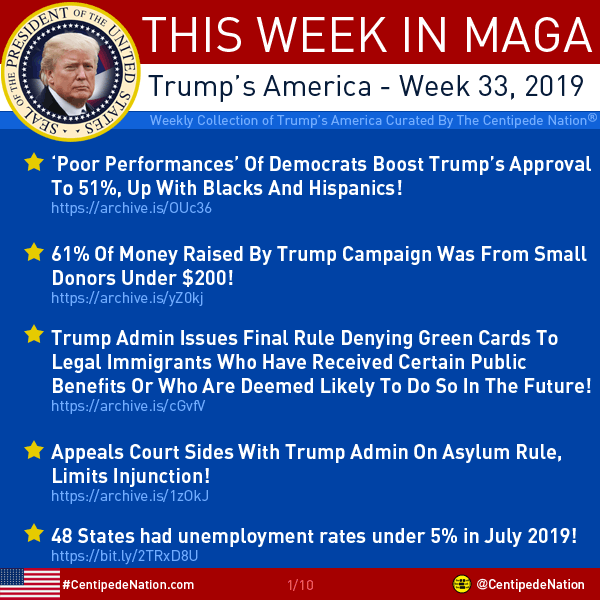 Major consideration is being given to naming ANTIFA an “ORGANIZATION OF TERROR.” Portland is being watched very closely. Hopefully the Mayor will be able to properly do his job!

Rep. Tlaib wrote a letter to Israeli officials desperately wanting to visit her grandmother. Permission was quickly granted, whereupon Tlaib obnoxiously turned the approval down, a complete setup. The only real winner here is Tlaib’s grandmother. She doesn’t have to see her now!

PHOTO OF THE WEEK