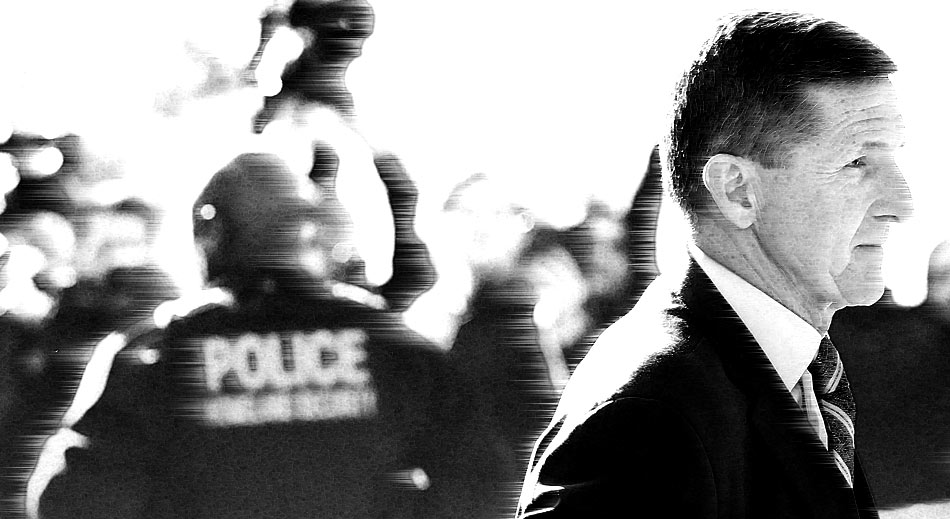 Flynn’s motion to find prosecutors in contempt was dismissed by U.S. District Judge Emmet Sullivan. The ruling states that special counsel Robert Mueller’s prosecutors had not wrongfully held back 50 requests for evidence from Flynn’s attorneys, and there was no basis for Flynn’s allegations that federal law enforcement officials entrapped him into accepting a plea deal.

A federal judge on Monday unambiguously rejected Michael Flynn’s claims that the former national security adviser was tricked into pleading guilty, and set a Jan. 28 sentencing in the long-delayed case.
[…]
Flynn faces a maximum possible sentence of 5 years in prison, but white-collar defendants typically get sentences well short of the maximum.

The IG Report proves a blatant suppression of Brady material by FBI & Mueller Team. Flynn was targeted LONG before his appointment without just cause. The government hid this information, drug out his legal fees, & then threatened his son to compel a plea – Altered 302’s & more!

Last but not least, Technofog shares their reactions:

Judge Sullivan's accusation that a "plagiarized brief violated" the rule against "dishonesty, fraud, deceit, or misrepresentation" is… fraudulent.

The case he cites has to do with a lawyer demanding payment for a brief he didn't write. [Fraud]

He secured the Flynn plea at all costs – and uses the plea to protect the FBI/DOJ against accusations of misconduct. pic.twitter.com/Xpu8kBLNN0