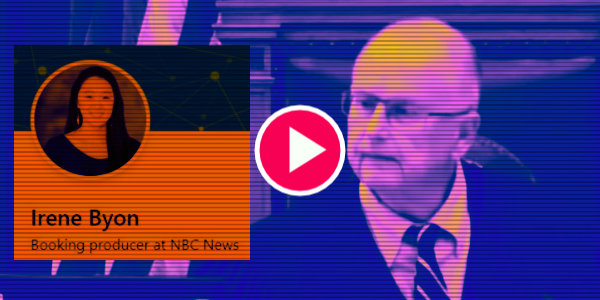 NBC Producer Irene Min Joo Byon, mass deletes her Twitter & LinkedIn accounts after being named by the Judge as potentially engaging in a plot to intimidate jurors.

Irene Byon, implicated in instructing a reported to follow the Jury Bus has nuked her Linkedin

This is looking legit like MSNBC tried to expose the jurors identites pic.twitter.com/oEmDi0hxsT

On LinkedIn, there is an Irene Byon who lists herself as an NBC producer in New York

While the account was not bluechecked, it is linked from other pages related to herhttps://t.co/jAB8ioPhe8

George Floyd’s nephew, Cortez Rice, makes a claim that he knows people taking photos of jurors during the Kyle Rittenhouse trial in Kenosha, Wisconsin. His goal is to dox jurors if they do not convict. pic.twitter.com/uwLuV2ftfV

"We regret the incident and will fully cooperate with the authorities on any investigation," NBC adds (2/2) https://t.co/7LNnDbQErb