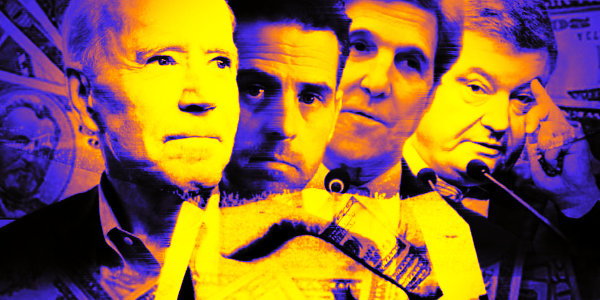 These new calls happened a few days after Trump was elected President. The calls show how Biden was fishing for information from Poroshenko of his call with Trump. Biden also trashed Trump’s transition team saying they were “very, very slow on getting ready”. Biden was suppose to visit the Ukraine, but put those plans on hold as he hadn’t briefed the transition team about Ukraine yet, and thought it would look like he was trying to “game them” if he would visit before the briefing. There is also a recording of a call that happened after Trump was inaugurated.

Read our past report Phone Calls Leaked Of Biden And Ukraine’s Poroshenko Detailing $1 Billion “Quid Pro Quo”, where we go over other audio recordings released by Ukrainian MP Andriy Derkach.

Andrii Derkach, a member of Ukraine’s Parliament, played audio of the call during a press conference Wednesday. The Treasury Department said last week it is sanctioning Derkach for attempting to influence the 2020 presidential election months after Derkach leaked edited audio purportedly of Biden from 2016. Biden asked Poroshenko about a conversation between the Ukrainian leader and then-president-elect Trump during the Nov. 16, 2016, call.

Youtube terminated the account that hosted the phone calls. We have found the press conference that also has the recordings. You will need to scrub through the conference, which is in Ukrainian language to find the audio clips.

The Federalist has a great review of the calls and how Biden risked national security to sabotage Trump. Here’s an excerpt:

During the course of the call, Biden badmouthed the incoming administration, saying, “The truth of the matter is that the incoming administration doesn’t know a great deal about [Ukraine]” and that they were unprepared for the transition. This in itself is inappropriate, but it was meant to set the stage for Biden’s next statement and future plans.

Biden then told Poroshenko, “I don’t plan on going away. As a private citizen, I plan on staying deeply engaged in the endeavor that you have begun and we have begun.” In a matter of moments, Biden undermined the incoming administration, branded them as not knowing anything about Ukraine, and attempted to set up a foreign policy backchannel for himself after he left office as a private citizen, which could violate the Logan Act.