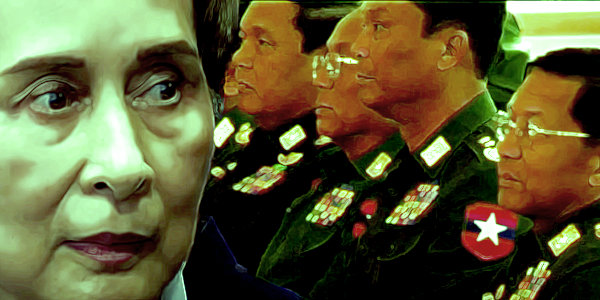 A military coup in the Asian country of Myanmar (formerly Burma) has been successfully executed with President Win Myint and other leaders arrested in early morning raids. State TV has also been taken off the air.

It seems tensions between the different parties in Myanmar has been growing from the past week over contested election results, reminiscent of events that’s been occurring in the U.S.

Spokesperson for Biden’s admin, Jen Psaki, chimed in – from Reuters:

The White House said President Joe Biden had been briefed on the arrest of Suu Kyi.

“The United States opposes any attempt to alter the outcome of recent elections or impede Myanmar’s democratic transition, and will take action against those responsible if these steps are not reversed,” spokeswoman Jen Psaki said in a statement.

…but would the Biden admin oppose the outcome after confirming the winner was fraudulently selected?

Update: Internet connectivity in #Myanmar has fallen to 50% of ordinary levels as of 8:00 a.m. local time amid an apparent military coup and the detention of civilian leaders; pattern of disruption indicates centrally issued telecoms blackout order 📵