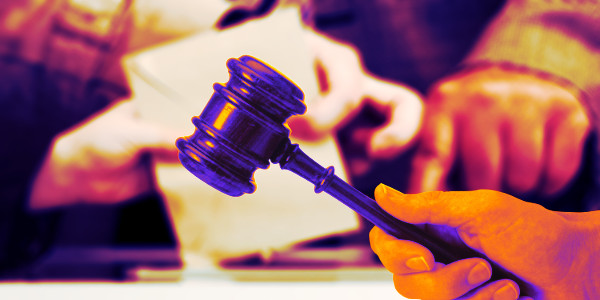 Trump originally got a big win earlier this week when two GOP Canvassers refused to the certify the results in Wayne County. The courts would have seen this as an advantage for Trump, especially SCOTUS, adding question marks around other county certifications. In a dramatic twist, the two GOP canvassers later caved to threats and announced they were going to certify the election. Then, in the last minute, they reversed course again. It can’t get anymore dramatic than that.

In an extraordinary turnabout that foreshadows possible legal action, the two GOP members of Wayne County’s election board signed affidavits Wednesday night alleging they were bullied and misled into approving election results in Michigan’s largest metropolis and do not believe the votes should be certified until serious irregularities in Detroit votes are resolved.
[…]

“I voted not to certify, and I still believe this vote should not be certified,” Hartmann said in his affidavits. “Until these questions are addressed, I remain opposed to certification of the Wayne County results.” Added Palmer in her affidavit: “I rescind my prior vote to certify Wayne County elections.”

UPDATE 1:
It seems Ned Staebler has successfully coerced the GOP canvassers to get them to certify.

But, um, who's gonna tell her that they caved?

It also didn’t help that others were doxxing both GOP members:

Check out @HartmannDude's Facebook and it gets much, much worse https://t.co/VOQ9BdNT0d

And lastly, it looks like they were threatened with political persecution:

The Michigan AG files an emergency application in State Court to compel these two dullards to certify the election. If they refuse, it’s then contempt of court – prison & monetary fines until they comply. https://t.co/9b4j0EboQP

So what happens now?

There is a public comments segment when the board of canvassers meet. If enough people voice concerns about fraud in Wayne County, it could force them to audit the results before certifying state elections.

Tonight's big headline is no longer true: the vote has now been certified in Wayne County, which includes Detroit. https://t.co/AIckwFsmRD

🚨🚨BREAKING: This evening, the county board of canvassers in Wayne County, MI refused to certify the election results. If the state board follows suit, the Republican state legislator will select the electors. Huge win for @realDonaldTrump

You might be asking how it came down to a tie. According to Bridge Michigain:

“The panel, appointed by the governor, is composed of two Democrats and two Republicans who cannot certify election results without bipartisan consensus in the form of at least a 3-1 majority vote.”