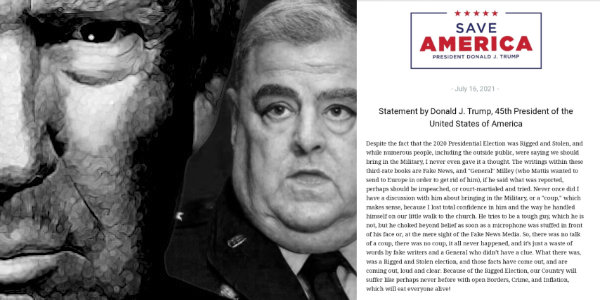 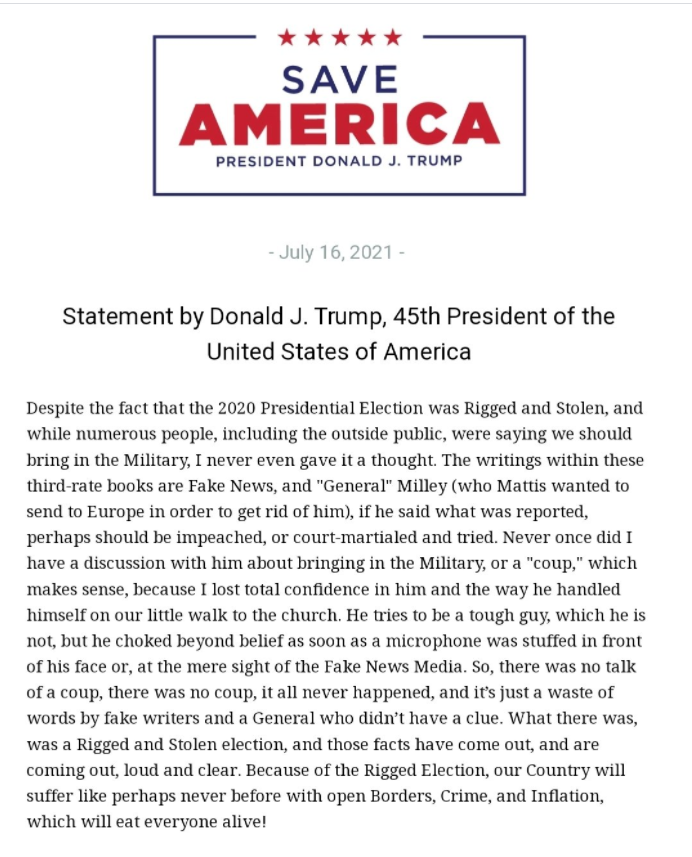 Statement by Donald J. Trump, 45th President of the United States of America

Despite the fact that the 2020 Presidential Election was Rigged and Stolen, and while numerous people, including the outside public, were saying we should bring in the Military, I never even gave it a thought. The writings within these third-rate books are Fake News, and “General” Milley (who Mattis wanted to send to Europe in order to get rid of him), if he said what was reported, perhaps should be impeached, or court-martialed and tried. Never once did I have a discussion with him about bringing in the Military, or a “coup,” which makes sense, because I lost total confidence In him and the way he handled himself on our little walk to the church. He tries to be a tough guy, which he is not, but he choked beyond belief as soon as a microphone was stuffed in front of his face or, at the mere sight of the Fake News Media. So, there was no talk of a coup, there was no coup, it all never happened, and it’s lust a waste of words by fake writers and a General who didn’t have a clue. What there was, was a Rigged and Stolen election, and those facts have come out, and are coming out, loud and clear. Because of the Rigged Election, our Country will suffer like perhaps never before with open Borders, Crime, and Inflation, which will eat everyone alive!