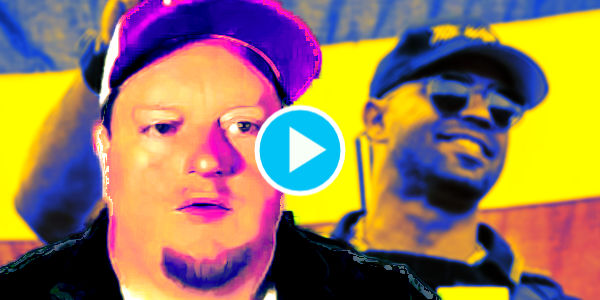 Apparently, Enrique Tarrio was arrested on a misdemeanor charge for burning a BLM banner that belonged to a D.C. church during a pro-Trump march last month.

He seems to have taken the fall for those who actually took the flag. The police were looking for the person who started the incident and Enrique came straight out and admitted it out of respect for law enforcement. They’re charging him for destruction of property it seems.

More on the story about the flag incident from Forbes:

The Metropolitan African Methodist Episcopal Church, a 148-year-old church located blocks from the White House, is suing Proud Boys International and the group’s leader, Enrique Tarrio, for conspiracy, trespassing and destruction of property.

The lawsuit alleges Proud Boys members jumped over Metropolitan AME’s fence, tore down a six-foot-long plastic Black Lives Matter sign and ripped it up on the sidewalk, part of a wider pattern of destruction following a tense Dec. 12 protest over President Trump’s election loss.

Several videos of the incident on Twitter show people who appear to be wearing Proud Boys insignias ripping up a Black Lives Matter sign outside the church while chanting.

Tarrio admitted to multiple media outlets in December that he was responsible for burning a Black Lives Matter sign belonging to Asbury United Methodist Church — another historical Black church in D.C. — on the same night, and Metropolitan AME’s lawsuit notes Tarrio later bragged about his conduct on Dec. 12 on social media.