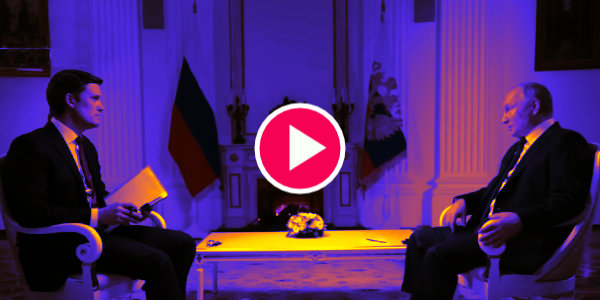 Putin sat down for an interview with NBC that lasted around 90 minutes, and NBC decided to release a 4 minute teaser segment.

In the subject of Trump, he went on to say that “He is a colorful individual. You may like him or not. And, but he didn’t come from the US establishment, he had not been part of big time politics before, and some like it some don’t like it but that is a fact.”

As for Biden, Putin said that “…President Biden is a career man. He has spent virtually his entire adulthood in politics.” Due to this, Putin finds Biden a much more predictable adversary. Putin continued saying “That’s a different kind of person, and it is my great hope that yes, there are some advantages, some disadvantages, but there will not be any impulse-based movements, on behalf of the sitting U.S. president.”

Putin also responded to Biden calling him a killer. Apparently he was unimpressed as he went on to say that “Over my tenure, I’ve gotten used to attacks from all kinds of angles and from all kinds of areas under all kinds of pretext, and reasons and of different caliber and fierceness and none of it surprises me.”