READ THIS: Why did the Scientist that told Fauci COVID looked man-made delete his twitter?… 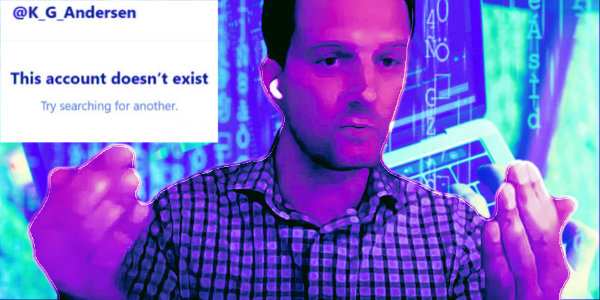 A top “scientist” tweeted COVID couldn’t be man-made on the same day that he emailed Dr. Fauci saying COVID looked man-made. This “scientist” has now deleted his Twitter account.

He excused the change of mind as “scientific progress” when the emails suggest he was colluding and strategizing with Fauci & Daszak on how to handle public relations over the issue.

What’s worse? Facebook and Twitter were banning anyone that talked about the COVID lab-leak theory because this “scientist” wrote a paper that said COVID has “proximal” natural origins. The paper he wrote is the authorities paper on the “origin” of COVID 19. Clown world. 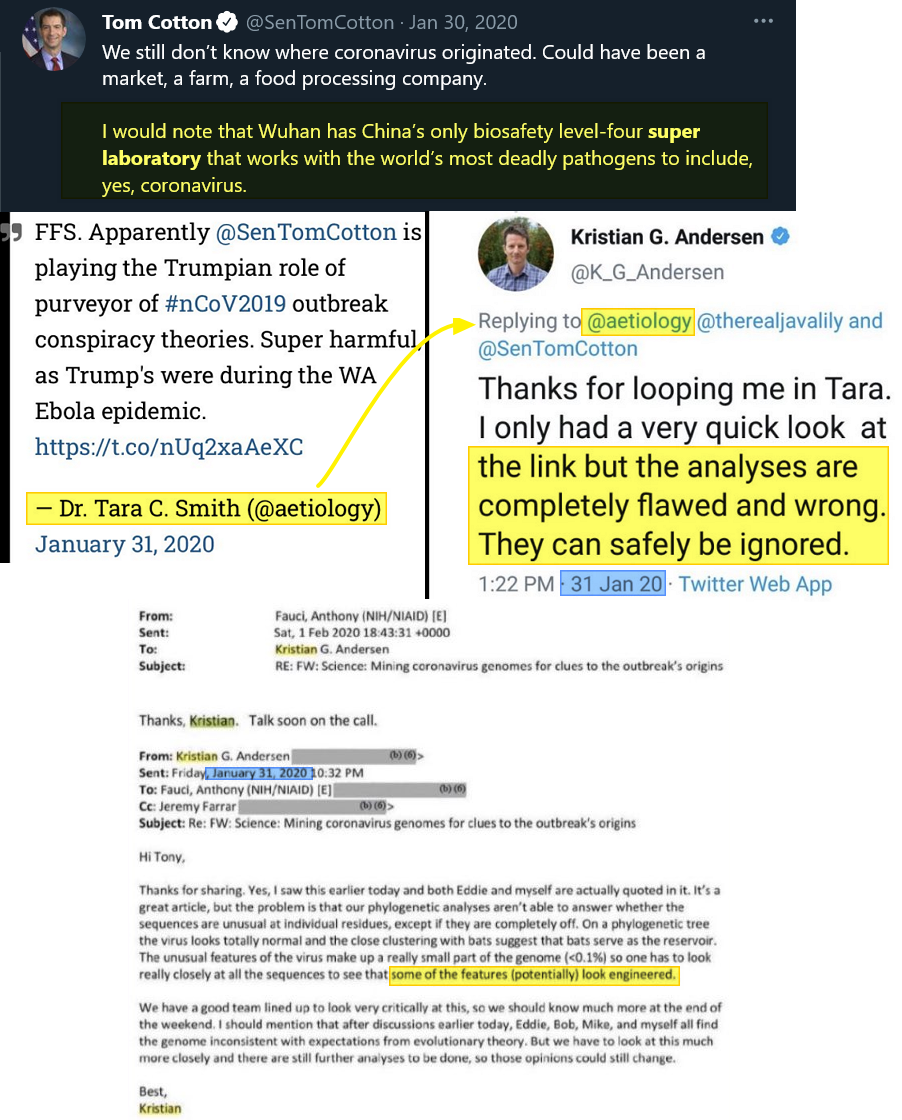 The tweets you see above from both scientists are now deleted. These are the “experts” we are told to trust.

1/ Ruh-ro!@K_G_Andersen has even more ‘splaining to do.

Remember, Kristian warned Anthony Fauci on Jan. 31 that #SARSCoV2 might be “engineered.”

But that’s not what he said publicly THE SAME DAY. When @TomCottonAR raised a potential lab leak, Kristian quickly jumped in… pic.twitter.com/oMMG6Uwvse

2/ Alongside Dr. Tara Smith, yet another Twitter-famous epidemiologist, to call the theory “completely flawed and wrong.”@K_G_Andersen has since deleted the tweet. There’s science, and then there’s scienter, amirite? pic.twitter.com/po58ehP9dz

Denying lab leak outright, however, WAS an actual conspiracy.

The next day after you looped Andersen in this🧵to help dunk on Cotton's comments, he wrote to Fauci: "genome [was] inconsistent with expectations from evolutionary theory." https://t.co/HT6rWumtg8 pic.twitter.com/13AdcL0KMW

5 months after that, he gets $1.88 million in CREID funding, along with Daszak who gets $1.54 million more.https://t.co/PFPIMxZd7o pic.twitter.com/7JmapgRNTm

Supes weird that Kristian deleted his anti-lab-leak reply here after he saw my thread above. 🧐 🤔 🤨 🤔 pic.twitter.com/zdMA3pRF03

How long before they blame the Russians?