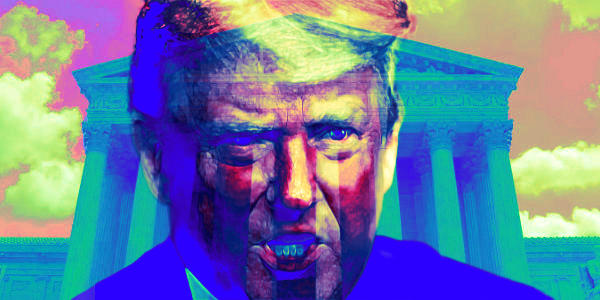 The court voted 7-2 to dismiss the case. Justice Clarence Thomas and Samuel Alito said they would have allowed the case to be heard, but they would have not granted “other relief.”

SCOTUS says that “Texas has not demonstrated a judicially recognizable interest in the manner in which another State conducts its elections.”

The electoral college meets in state capitals around the country on Monday.

Texas GOP released a statement after the U.S. Supreme Court decision, calling for secession: “Perhaps law-abiding states should bond together and form a Union of states that will abide by the Constitution.”

Below is Chairman Allen West’s statement regarding the decision by the Supreme Court to dismiss Texas’ constitutionally legitimate and critical lawsuit.

“The Supreme Court, in tossing the Texas lawsuit that was joined by seventeen states and 106 US congressman, has decreed that a state can take unconstitutional actions and violate its own election law. Resulting in damaging effects on other states that abide by the law, while the guilty state suffers no consequences. This decision establishes a precedent that says states can violate the US constitution and not be held accountable. This decision will have far-reaching ramifications for the future of our constitutional republic. Perhaps law-abiding states should bond together and form a Union of states that will abide by the constitution.”

The Texas GOP will always stand for the Constitution and for the rule of law even while others don’t.

Rudy Giuliani speaks to Newsmax after Supreme Court denies Texas lawsuit “‘its not over”:

The Supreme Court really let us down. No Wisdom, No Courage!

….that, after careful study and consideration, think you got “screwed”, something which will hurt them also. Many others likewise join the suit but, within a flash, it is thrown out and gone, without even looking at the many reasons it was brought. A Rigged Election, fight on!