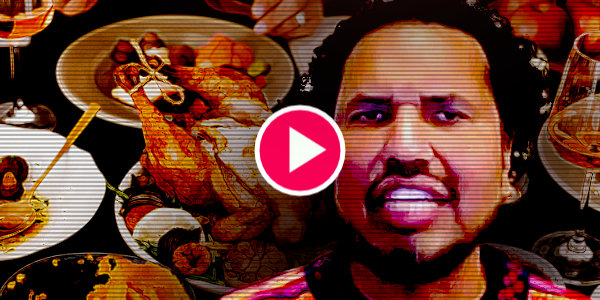 Every year it seems that the woke left tries to use Thanksgiving to turn people against each other instead of using the holiday for it’s original purpose, which is to come together and be thankful.

MSNBC host Tiffany Cross ceded some airtime to her friend Gyasi Ross to bash Thanksgiving and declare it as part of the “pathology of White America.” He claimed that the White settlers didn’t bring “stuffing and biscuits” and instead brought “genocide and violence” and that White’s are still killing Native and Black Americans.

Ross said that he is “still trying to find out what indigenous people received of value.” His rant continued to say that “genocide and violence is still on the menu as state-sponsored violence against Native and Black Americans is commonplace. And violent private White supremacy is celebrated and subsidized.”

Ross claims that the reality of Thanksgiving is that “White Americans are still killing Native and Black Americans with no fear of reprisal. They brought chattel slavery to Africans and Native people that still happens through the prison-industrial complex that imprisons the descendants of enslaved Africans and Natives at far disparate numbers.”

well happy thanksgiving everyone I will be enjoying friends and family!!! Hope you do as well! Lets go Brandon

Thanksgiving as it is today was set in motion by Lincoln to help mend the divisions in the Union. By moving to demonize the holiday and attempt to dissolve what bonds we may still share here, you are setting us all up for dark times.

Keep it up, MSNBC. This sort of negativity drives people to vote conservative during midterms.