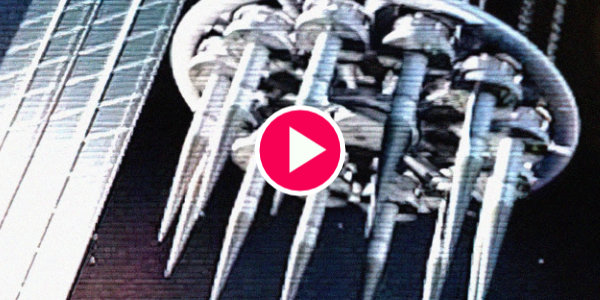 While most 20th-century battles were fought on the battlefields, a new kind of warfare is expected to take over the world in a few decades.

After years of belligerence and endless one-upping, the United States is finally fighting for control of the Taiwan Strait. And in a surprising maneuver, the US Space Force has deployed a scheme almost 100 years in the making.

Developed as part of Project Thor during the Cold War, the mystery weapon involves 9-ton tungsten rods that are dropped from orbit. As the telephone-pole-sized rods fall from the sky, the objects are supposed to reach ten times the speed of sound, hitting the Earth with as much power as a nuclear weapon.

While challenging the 1967 Space Treaty without technically breaking the agreement, the United States might just be on the verge of weaponizing outer space with its kinetic “Rods from God”.