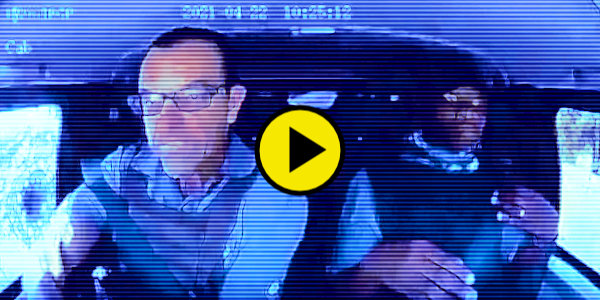 Suspects driving a black Audi tried to ambush an armored vehicle transporting money in South Africa on Friday. The whole clip was intense and the driver really kept his cool as much as possible. But towards the end of the clip, it seemed like the driver had a poor dismount as he tried opening the door prior to undoing the seatbelt and grabbing the rifle. But of course the heat of the moment just took a lot of the focus away. Another observation was their lack of tech for communications. The passenger trying to manage the phone for a quick text was super inefficient and could have cost them dearly.

The two guys in the front driving an old modified Toyota Landcruiser apparently got off safely, while the suspects were able to escape.

#SouthAfrica crumbling economy – day in the life of a Cash in Transit crew pic.twitter.com/aCuYpu6UxI

Good for the 2 in the van pic.twitter.com/gdnJVrkRIf

2/2 The armoured vehicle bumped the Audi and drove into the Southern Sun Hotel. The suspects jumped out and one ran into the Macdonalds. The others ran away and Police is on the scene, helicopter is in the air looking for them. No injuries

The driver is ex-Special Task Force (like a police version of a SEAL) and has been on the two range a few times in a 20years+ career.
They were transporting gold.