WATCH: Trump rally in Conroe, Texas – “They’re Trying To Put Me In Jail”… 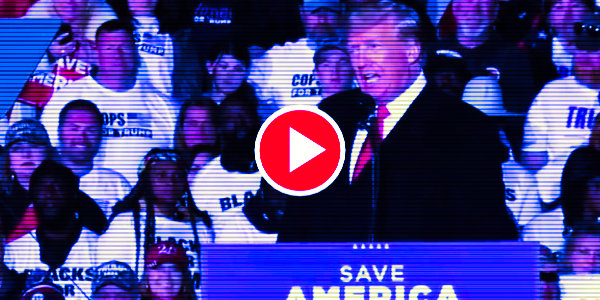 Trump says if he’s re-elected, he may pardon people prosecuted for their actions on January 6th pic.twitter.com/VLlkGyUr32

After ranting about the prosecutors investigating him, Trump calls the prosecutors racist and says if they do anything illegal, he hopes there are massive protests in DC, New York, and Atlanta pic.twitter.com/RnY6F5OJNv

Trump: “The Canadian truckers, you’ve been reading about it. Who are resisting bravely these lawless mandates are doing more to defend American freedom than our own leaders by far, and we want those great Canadian truckers to know that we are with them all the way.” pic.twitter.com/DPAfraVHjd

At the Trump rally in Conroe, Texas.

I’ve never seen a crowd this big before. pic.twitter.com/I9ZPm01X5Z