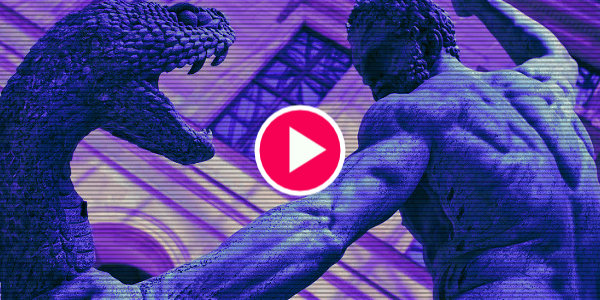 In Greek mythology the Titanomachy, or War of the Titans, was the ten-year series of battles which were fought in between the two camps of deities long before the existence of modern mankind: the Titans of Atlantis versus the Olympian Gods and their allies.

These Greek stories of the Titan War fall into a class of similar myths throughout Europe and the Near East, where one generation of a race or group of gods by and large opposes the dominant one, often the parent civilization.

The legendary pre-flood civilizations like Atlantis, Thule, and Hyperborea were said to have been built on highly advanced science and technology, with a possibly direct connection with what is happening now around the world.