Last week, a contractor for Cyber Ninjas, Ben Cotton, testified that his team was able to recover the election databases that were deleted before the audit took place. But that didn’t stop the “fact checkers” from misleading their audience.

CNN, Politifact, Snopes and others managed to successfully deceive their audience by re-shaping Ben Cotton’s testimony.

Ben Cotton specifically explained to the panel what was deleted and how the deleted files were recovered. To the “Fact Checkers”, recovering the files meant that the files weren’t really deleted. To a person that doesn’t understand tech, or just reads headlines without getting into the details, they might read that argument, believe it, then regurgitate it on social media. In fact, that’s how it was able to go viral.

Is it a coincidence that all of the “fact checkers” took Cotton’s testimony out of context, while shaping a narrative? Ben Cotton specifically said that while he was examining the machines, he discovered a master file table “that clearly indicated that the database directory was deleted from that server.” He also said “subsequently, I’ve been able to recover all of those deleted files, and I have access to that data. I have the information I need from the recovery efforts of the data.”

Ben Cotton released a statement emailed to The Epoch Times:

“My testimony on May 19th before the AZ Senate is being taken out of context by some media outlets. To confirm: the ‘Databases’ directory on the EMS Primary Server WAS deleted containing the voting databases. I was able to recover the deleted databases through forensic data recovery processes,” Ben Cotton, founder of CyFIR, said in a statement emailed to The Epoch Times by the audit’s liaison.

Cotton’s testimony for those that missed it:

Is it a coincidence that many of these “fact-checkers” got all their training from the Poynter Institute (including Snopes)? The Poynter institute is funded by the Bill & Melinda Gates Foundation, Google, the National Endowment for Democracy (NED), the Omidyar Network, the Soros Open Society Foundations, and others.

How did the “fact checkers” get it so wrong?

Who you gonna believe, CNN, Politifact & Snopes – or your own lying eyes & ears? 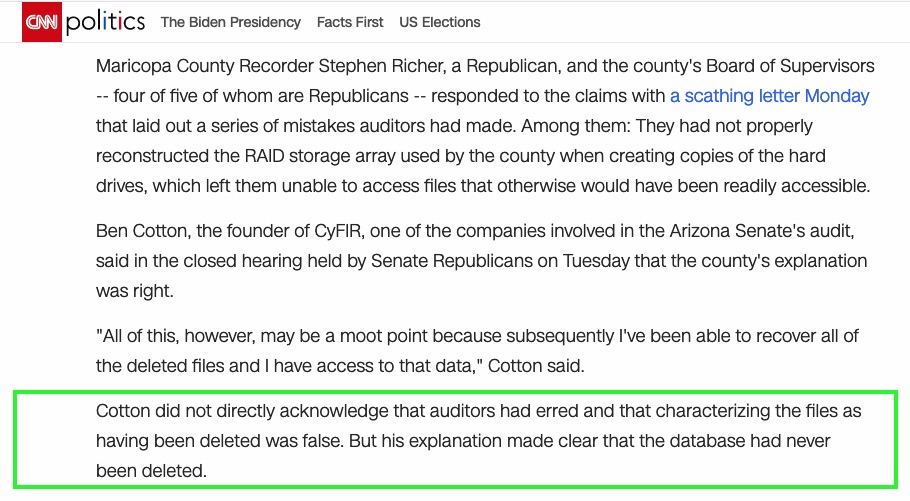 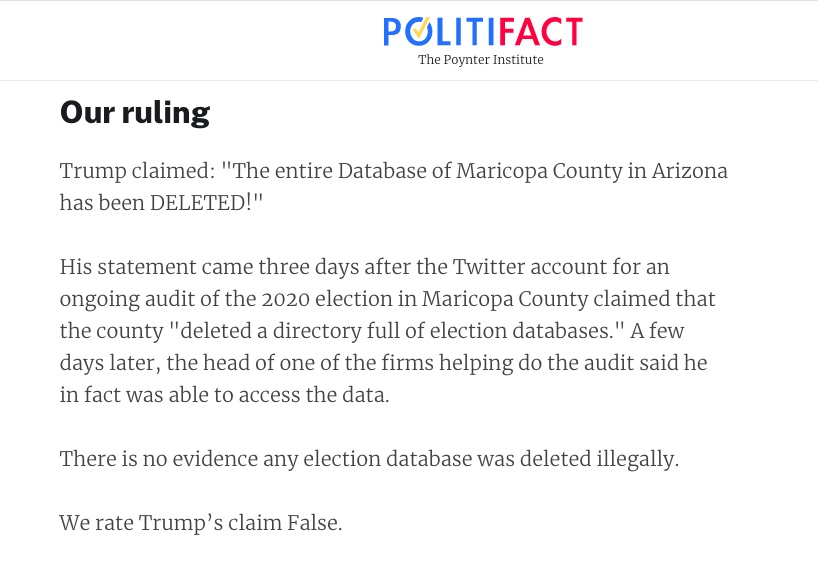 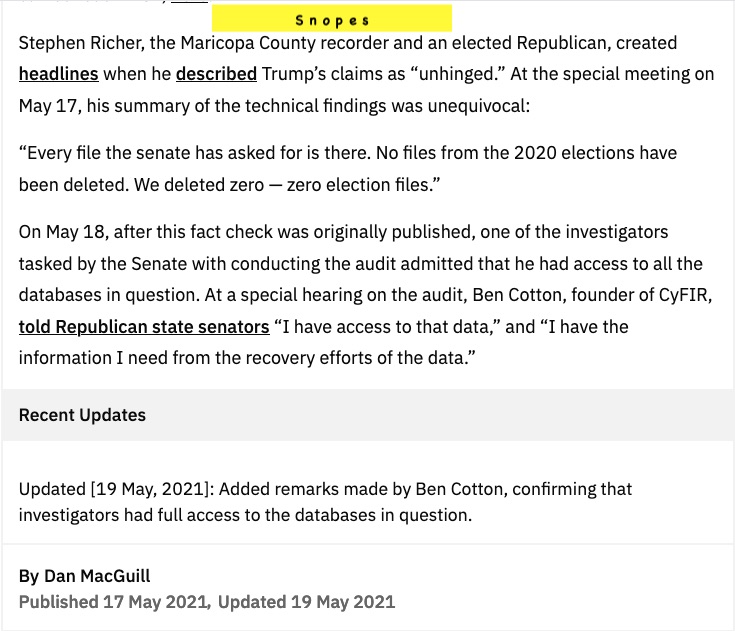