The following is a collection of articles, tweets and videos that show many of the fires on the West Coast have been initiated by Arsonists.

The West Coast is on fire and tens of thousands of people are being evacuated and displaced as a result. The MSM and ‘Fact Checkers’ are trying to convince the American people that arsonists aren’t responsible for deliberately setting wildfires on the west coast. Pelosi wants you to believe that “mother earth is angry” and that these fires are a result of climate change, but that couldn’t be further from the truth. So far the death toll is rising and Oregon officials are saying they are preparing for a ‘mass fatality event’.

NOTE: This list will be expanding daily as we crawl and filter more data.

The fireworks were placed about 100-150 yards off the road. Deputies are conducting high visibility patrols in rural Multnomah County. @Corbett_Fire will remain in the area. If you have any information on this, call the non-emergency line. If you see an active fire, call 911. pic.twitter.com/i2u9qqcwiR

Well, this was a mostly peaceful fire…

OREGON: The Clackamas County Board of Commissioners held an emergency meeting to consider a declaration of emergency to address an outbreak of wild fires throughout the County – Sept. 10, 2020.
Check out the body language of the members and watch them get upset and challenge the guy delivering the news to them:
“There are lots of confirmed reports of looting, mostly in the outlying areas… lots of looting has been taken place, burglaries and what not. There’s reports of, not specific to any area, but all over the county… that people from extremist groups are staging gas cans, for later destruction… it’s not confirmed ANTIFA, but suspected ANTIFA… reports and sightings of people armed with chainsaws, and the goal is to fall telephone polls in the hopes of starting further fires.”

The hits keep coming. New one, just 5 hours ago. https://t.co/sv2tSRnEZ6 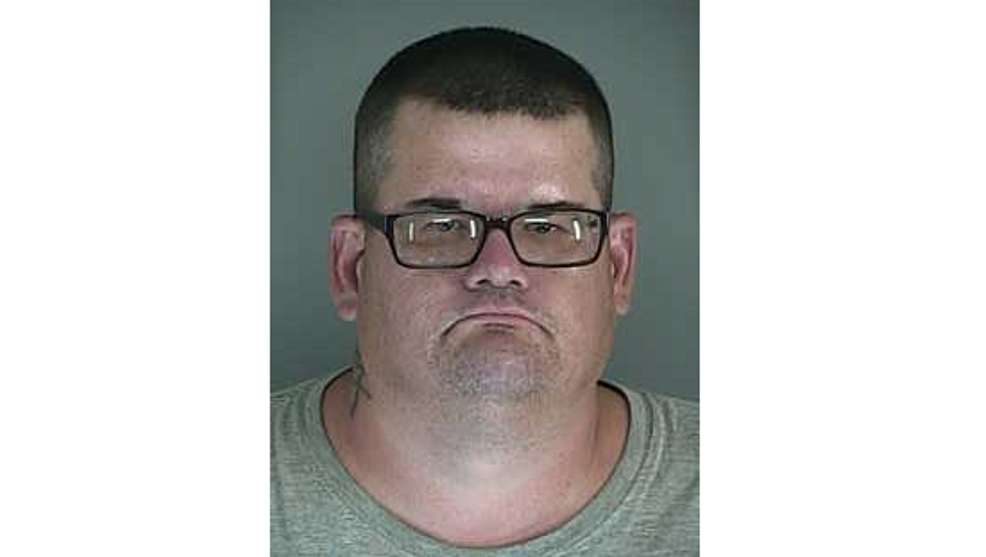 Joint team effort!! WSP, Fife Pd and Puyallup PD just arrested a 36yr old Puyallup resident. He was caught in the median on [email protected] Meridian setting a fire! He is currently on his way to jail! Great job everybody!#playstupidgames pic.twitter.com/8N3wHcT5kJ

ARTICLE: Man arrested in connection to three suspicious fires in Olympia:
https://www.q13fox.com/news/man-arrested-in-connection-to-three-suspicious-fires-in-olympia
ARTICLE: “A suspect, identified as 30-year-old Fresno resident Ivan Gomez, has been arrested on arson charges in connection to the fire. Gomez was first detained on August 18 near the origin of the fire in the John Little State Natural Reserve.” 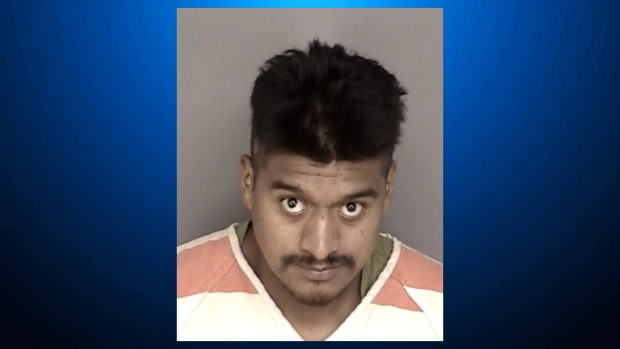 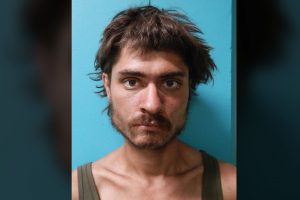 https://www.mymotherlode.com/news/local/1245329/man-arrested-for-arson-in-sonora.html
ARTICLE: (Police Logs) “Wesley Marcello Reed: 39, of Red Bluff was arrested Friday and charged with arson of a structure or forest land. No bail was set.”
https://www.redbluffdailynews.com/2020/09/09/police-logs-sept-9-2020/
ARTICLE: Eastern Washington woman arrested for starting fires while crews worked to fix fallen power lines:
https://www.yaktrinews.com/eastern-washington-woman-arrested-for-starting-fires-while-crews-worked-to-fix-fallen-power-lines/
ARTICLE: “Arson is suspected as the cause of the blaze that injured the firefighters above the scenic Big Sur coastal region. The fire had been burning for weeks, but it doubled in size overnight.”
https://www.kaaltv.com/national-news/as-california-burns-the-winds-arrive-and-the-lights-go-out/5855049/?cat=10159
ARTICLE: Four people arrested for arson for deliberately starting blazes along West Coast as death toll from devastating wildfires climbs to 29 and Oregon officials prepare for a ‘mass fatality event’:
https://www.dailymail.co.uk/news/article-8721359/Evacuate-Wildfires-grow-Oregon-500K-flee.html
ARTICLE: 14 confirmed arson hot spots in Manti-La Sal National Forest:
https://kutv.com/news/local/suspected-arson-on-the-manti-la-sal-national-forest
ARTICLE: Man arrested, charged with arson in connection with southern Oregon fire:
https://www.oregonlive.com/crime/2020/09/man-arrested-charged-with-arson-in-connection-with-southern-oregon-fire.html

Note how this mentions “Wildfires.” My focus is exposing the nearly 100+ arsons that continue to pop-up around highways and residential neighborhoods. The fires are a combination of downed power lines in forests and ARSON’s around our communities, per a source in the FD.

DOUGLAS COUNTY, OR— Male arrested on Sept. 8th with charges that include “Reckless Burning.” #ArsonExposed pic.twitter.com/TSZLix6gaX

This post is getting traction, so I will drop this one here as well. https://t.co/zHWNWNOhfY

Here’s audio being broadcasted over HAM radio about someone throwing Molotov cocktails from a vehicle:

We just got level 2 alert (3 is evacuate)We are listening to ham radio & people are getting caught left and right for Arson (I mean in the dozens). We are also hearing that they can't contain any of the fires.Ham radio channel 155.430 155.190
Arsonists are getting caught listen☝️ pic.twitter.com/JcCXPOlCdz

ARTICLE: (Law Enforcement Today) Source Says Series of wildfires on the West Coast may be “coordinated and planned” attack:
https://www.lawenforcementtoday.com/sources-series-of-wildfires-may-be-coordinated-and-planned-attack/

Deputies also responded to a vehicle arson on SW Lee Rd near Gaston, unrelated to the #powerlinefire near Hagg Lake. The suspect is in custody and that fire was contained and put out pic.twitter.com/x4YEwomt9n

ARTICLE: Comello was also accused of burglary and arson at a local business in Spokane. Christine Comello has a long arrest record:
https://www.thegatewaypundit.com/2020/09/not-climate-change-washington-serial-arsonist-arrested-starting-fires-crews-worked-fix-fallen-power-lines/ 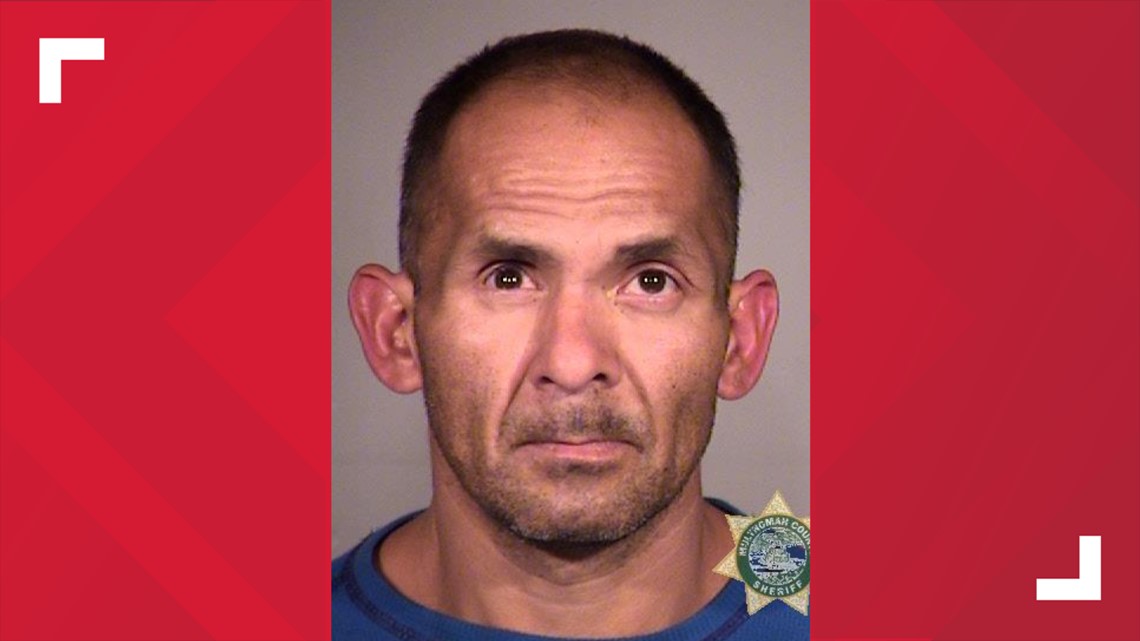 https://www.kgw.com/article/news/crime/man-arrested-for-starting-at-least-7-brush-fires-along-i-205/283-a659a1ed-db3b-4f03-9583-a9fee05a5033
ARTICLE: Oregon Woman Catches Arsonist on her Property with Matches — Holds Him at Gunpoint Until Police Arrive: 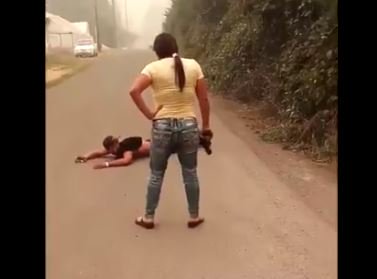 Woman in Oregon caught someone on her property with matches and held him until police showed up. 🤔 pic.twitter.com/zefFthWPzI