The following bread was dropped on 4chan where anon claims offshore servers are currently being set up where data from the deadman switch will be duplicated and will be spread throughout the network, eventually being made public. The files are 31 terabytes in size.

The link referenced in the image below seems to be legit. The contract name is called “Epstein”. You can see it on etherscan, a Block Explorer for Ethereum: https://etherscan.io/address/0xcf8335727b776d190f9d15a54e6b9b9348439eee

For all we know, this could be a major LARP, but we’ll keep our eyes peeled. 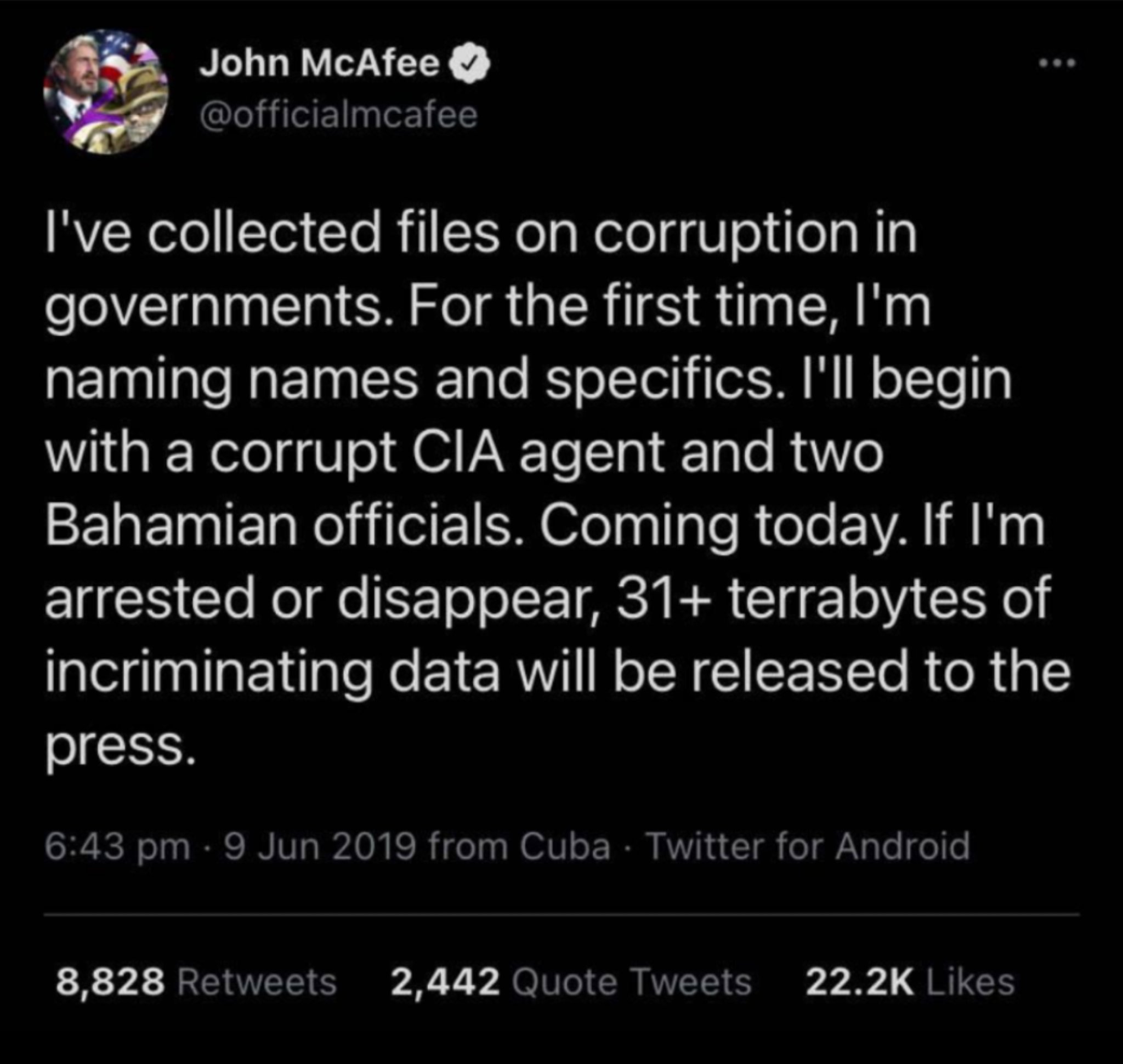 In the following video, Vice interviewed John McAfee who goes on to explain how Hillary Clinton blocked him from gaining entry into the American Embassy in Belize. He goes on to say that he donated laptops with spyware preloaded to Belize’s government secretaries and used it to extract data. He says these laptops helped him discover the “Minister of National Defense was the largest drug trafficker in all of Central America”.