SMALL DIG: SOROS, PELOSI, FEINSTEIN ALL tied to the election software used in Michigan called ‘Dominion’ that switched 6,000 votes from Trump to Biden. Many states currently use ‘Dominion’.

On Thursday the Michigan’s GOP claimed that a glitch in the election software in one Michigan county gave 6,000 Republican votes to Democrats.

One Michigan county clerk caught a glitch in tabulation software so they hand counted votes and found the glitch caused 6,000 votes to go to Biden + Democrats that were meant for Trump and Republicans. 47 MI counties used this software. All must check now! pic.twitter.com/21AXyJZDZi 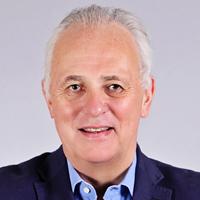 Other positions have included vice-chairman of George Soros’s Investment Funds, as well as his Open Society Institute, a Vice-President at the World Bank and the lead international partner at Sawyer Miller, a political consulting firm. He also has served as Vice-Chairman of the World Economic Forum. He began his career as a journalist at The Economist.
[…] He chairs the Boards of a number of non-profit boards including the International Crisis Group, the Open Society Foundation, and the Centre for Global Development. Mark is also a Distinguished Practitioner of the Blavatnik School of Government at Oxford University and was formerly a visiting distinguished fellow at the Yale Centre for the Study of Globalisation.
[…] Mark is the author of “The Unfinished Global Revolution” and continues to write, broadcast and lecture about international issues.

The election software system in Michigan that switched 6,000 votes from Trump to Biden is called "Dominion."

It is used in 30 states including:

Every single major swing state. EVERY. SINGLE. ONE. pic.twitter.com/R6s2RnVmEF

Here’s Dominion software in the news:

Then you have some engineers that have contributed to Democrat orgs. There is one person who donated to Trump from the company, but her LinkedIn doesn’t list her as ever working there. Take that as you wish: Hey CNN!
Why was there "scorecard" traffic through your corp servers?
Why did you shut down those servers this morning?
Why are scorecard fingerprints being scrubbed?
If you are innocent, isn't that evidence to prove it?

Well crap, I've hit the wall. I'm working with a smart phone and an archaic laptop. Not much more I can do, sorry.
Keep fighting 👍🙏🙏🙏