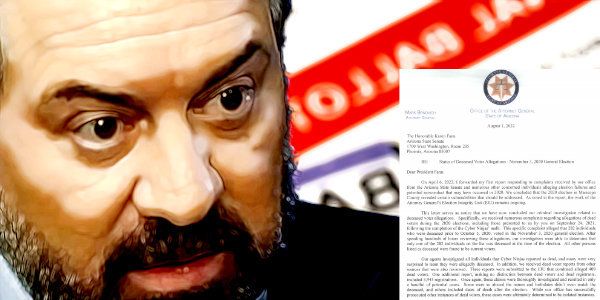 Brnovich stated that his agency investigated the Cyber Ninjas’ assertion that 282 deceased persons voted in the 2020 election. Only one instance of a voter who died before Election Day was discovered by investigators. All other people reported as deceased by Cyber Ninjas were discovered to be present voters.

Brnovich also stated that his office investigated thousands of dead-voter claims, but that many of them were “so absurd” that the identities and birthdate provided did not match those of dead persons or were people who died after the election.