The Story Of The Centipede Nation 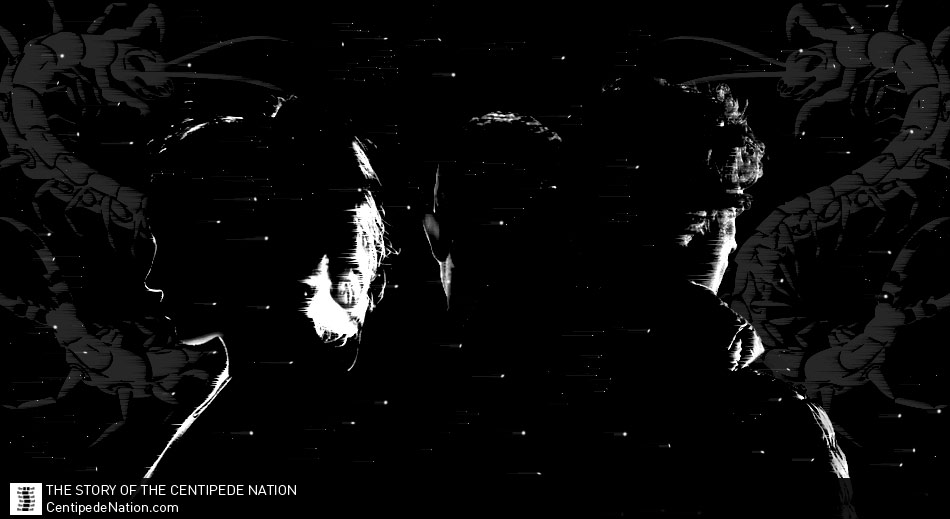 The Centipede Nation is a platform for open-source research, analysis, and news provided to you by a small team of patriots. The subjects we tackle range from politics, science, technology, and everything else affecting our daily lives.

In this great re-awakening of America, we find it important to share our unique perspectives and valuable insights that others usually under-report and overlook.

Most of the team has a background in programming, design, and marketing. But all of us have similar hobbies in research, history, art, politics, and health. We found a connection through the love of decoding Cicada 3301 puzzles, but eventually we noticed a shift in the global political spectrum and decided to focus our efforts on researching and reporting on the nuances of the global trend. That’s how we eventually ended up decoding and reporting on a variety of internet phenomenons. Our breakthrough happened when we joined up and started posting our ideas on Instagram making infographics using content/data related to the political establishment and the global elite.

Where Did ‘Nimble Navigator’ and ‘Centipede’ Come From?

Those terms originally came from a series of YouTube videos called ‘You Can’t Stump the Trump’ released during the 2016 elections which uses a song called ‘Centipede’ by Knife Party. The 4th episode is the actual one that Trump himself re-tweeted (see below). It likens Trump to a Centipede and we know that Centipedes are HIGHLY VENOMOUS and Nimble Navigators. It’s referencing Trump’s qualities which has also become the unofficial theme song for the campaign with Trump supporters.

The song begins with a sample of a Discovery Channel documentary, with a male narrator stating: “Giant tropical Centipedes share their territories with tarantulas. Despite it’s impressive length, it’s a Nimble Navigator, and some can be highly venomous. As quick as lightning, just like the tarantula it’s killing, the Centipede has two curved hollow fangs which inject paralyzing venom. Even tarantulas aren’t immune from an ambush. This Centipede is a predator…”. The documentary itself has spawned many memes and gave Centipedes their very own language.

That is how the name ‘Centipede Nation’ was born. 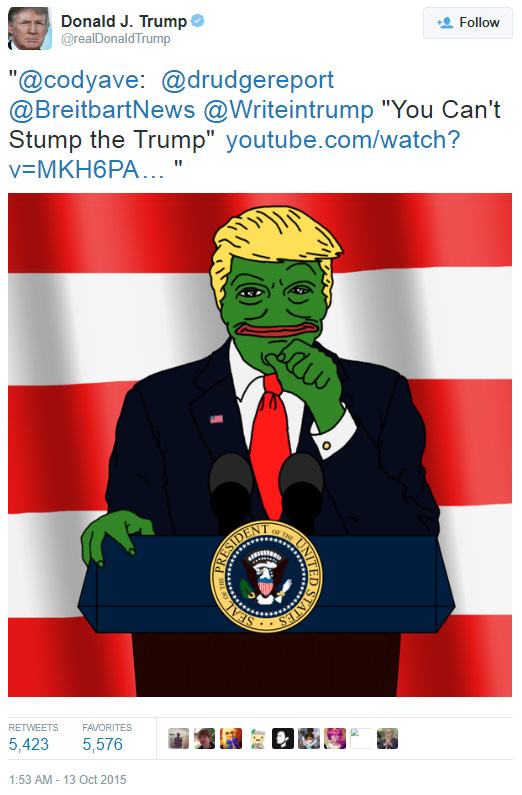 The Centipede Nation originally had a different logo. It featured a large Centipede with a paralyzing presence that was inspired by the Gadsden Flag. Our logo eventually became very popular and has been used all over social networks, for example, the MOD’s on Reddit’s famous R/The_Donald used it as their main avatars exclusively. To Trump supporters and those of the Liberty movement, It has become a symbol of high-energy action with a force that is to reckon with.

As we’ve grown, the High-Energy has intensified, and this is where we decided it was time to update the logo to one that reflects such energy. It is simple, but it was originally inspired by ASCII art posted within the comments sections of Reddit. Our design is a homage to the ASCII art culture with a nod to electrical parts that looks like high-energy capacitors. Merging both only made sense.

As a brand, we are constantly looking forwards, but always acknowledging the past. Our mission is to provide an outlet that engages people using methods that encourages transformation. We want you to grow and for you to see what really lurks behind the veil. It’s time to unplug from the matrix and become a Nimble Navigator.

Think hard about your agenda and don’t be fooled by what happened in the USSR and China. They had no traditions around freedom and liberty. There was nothing to undo there to win, but here, your life may depend upon your critical thinking.