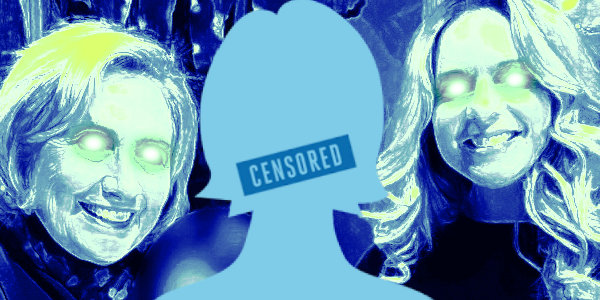 An outspoken Twitter activist critical of Donald Trump who brags about being on “team” Hillary Clinton is a supposedly independent expert who approves and recommends organisations to become Facebook fact-checkers.

The process of becoming a fact-checker is described as “non-partisan” by Facebook but a Sky News Australia investigation has uncovered disturbing evidence of political bias and lack of accountability at the top levels of the certification process.

International Fact-Checking Network certifier and American University School of Communication professor Margot Susca is unashamedly politically biased but she was responsible for issuing 19 recommendations for organisations to become fact-checkers.

This includes the Associated Press, Check Your Fact, Decrypteurs, Lead Stories, Media Wise and The Dispatch.

Ms Susca has appeared on propaganda network Russia Today to criticise President Trump and has tweeted that it would be a “dereliction of duty” to broadcast his speeches.

In 2019 Ms Susca posted a happy snap with failed presidential candidate Hillary Clinton where she admitted “I’ve been on Team Hillary since 08 tbh” and said she was disappointed her likability did not resonate with the public in 2016.

“My boyfriend was her nuclear policy fellow for a year when she was in the Senate,” she wrote.

“Says she’s the smartest, wittiest, most likeable person. It just never came through I guess. So f—ing sad.”

Ms Susca also retweeted content that said: “A projected Joe Biden Win won’t erase the racism shown by Donald Trump and embraced by nearly half of the country’s electorate.”

In one of her several appearances on Russia Today, Ms Susca, admits that she cannot be objective about President Trump.

“It is hard for me to be an objective observer of this presidential administration when for years now they have continuously tried to delegitimise and marginalise news reporters for doing their constitutionally protected job,” Ms Susca said.

Ms Susca was also the person who assessed and recommended the grant of a licence to become a fact checker to Australia’s left-wing opinion website The Conversation in May, 2018.

That license has since expired.

Sky News Australia asked Ms Susca a series of questions about whether the public could have faith in her ability to be objective or whether she felt appearing on Russia Today hurt her credibility. Ms Susca described the questions as “threatening”.

“Are you independent of Comcast or Sky’s executives,” she said in her response.

“Look at your own ownership and ethics before you threaten others working on these crucial issues and charge that they lack independence and a commitment to truth. Your email was meant to be threatening and, quite frankly, I find its tone abhorrent.

“I’ve worked in journalism or media for decades so your accusation that I don’t take it seriously is egregious and you should be ashamed of yourself.”

Ms Susca said her tweets were not a display of bias but a “call for news organizations to do fact-based journalism to help average citizens govern themselves in a democracy”.

“I think you’re starting off from a place of bad faith and you are, quite frankly, missing the point of the tweets specifically and my work generally,” she said.

Fact-checkers certified by the International Fact-Checking Network are not automatically allowed to police Facebook content but Facebook only subcontracts organisations recommended a certification by supposedly independent experts such as Ms Susca.

Sky News is not alleging Ms Susca acted improperly when assessing and recommending organisations, only that she may not meet the standards in the IFCN’s own Code of Principles which require fact-checkers themselves to be objective and not publicly support a political candidate.

The IFCN Code of Principles states a fact-checker must not be “affiliated with nor declares or shows support for any party, any politician or political candidate, nor does it advocate for or against any policy positions on any issues save for transparency and accuracy in public debate.”

Facebook partnered with the International Fact-Checking Network after the group wrote an open letter to Mark Zuckerberg complaining that the 2016 US election was influenced by misinformation on Facebook.

According to The Federalist:

Susca played a direct role in approving Chinese-funded fact-checker Lead Stories, according to IFCN documents. She was the assessor of three of Lead Stories’ applications for working for Facebook as a fact-checker, and she approved the organization each time.

According to those applications, Lead Stories also receives monthly funding from the Democrat National Committee and the Democratic Congressional Campaign Committee for use of its proprietary software that flags Internet activity as it starts to trend.