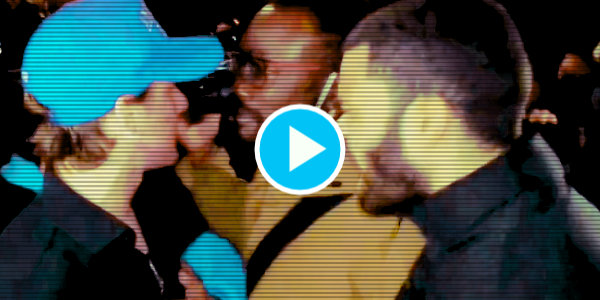 Loulz is concerned of a followup confrontation with Antifa after NYPD struggle to maintain a police line pic.twitter.com/C0Zyp0TDyb

Antifa gather in masses and masks outside Gracie Mansion in NYC just now in order to oppose anti-mandate America First demonstrators. A rare angle from behind Antifa lines records their baffling taunts which are too strange to transcribe and still be seen. Listen closely. pic.twitter.com/h37S9EWUZN

These people continue to reroute the movement to evil.

If only people could focus on the message, that we are all on the same side.