The COVID-19 plandemic provided the perfect cover for all manner of “New Normal” changes that were always intended to become permanent. One change in particular has continued to go mostly under the radar – the increasing use of all-pervasive surveillance.

The Digital Identity Working Group (DIWG) chaired by Australia’s Digital Transformation Agency—whose member countries also include Canada, Finland, Israel, New Zealand, Singapore, the Netherlands, the United Kingdom, and the World Bank (through observer status)—initially met in 2020 to “share experiences and opportunities for the use of digital identity initiatives.”

The group’s goals are “to understand how digital identity is being used and the models that might enable mutual recognition and/or interoperability, to share respective governments’ experiences with digital identity including in the COVID-19 response, and to understand what is required to enable mutual recognition and/or interoperability between DIWG member countries.”

In a recently released DIWG report entitled “Digital Identity in response to COVID-19” the working group identified a set of 11 principles governments should utilize when building out frameworks to implement digital identity. 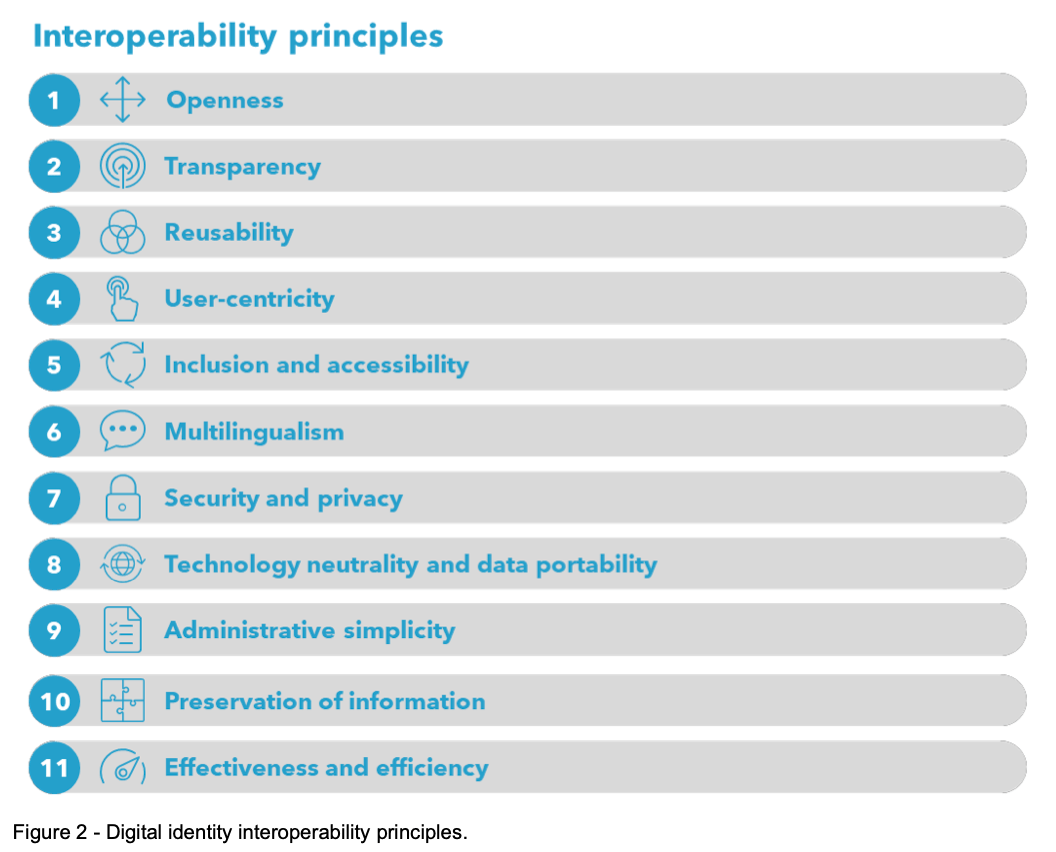 As the title of the report indicates, the havoc caused by COVID-19 and the efforts to recover are used as one of the main pretexts for accelerating the usage of digital ID across the globe. The report reinforces this conclusion, stating:

Digital identity has enabled member countries to respond to and recover from COVID-19, including to rapidly develop and deliver government information, services and support to verified people and businesses. In some countries Digital identity has also supported the rollout of COVID-19 vaccinations, enabling the secure sharing of information and verification of status across the population.

In many cases, COVID-19 has in fact accelerated the use of digital identity, with access to digital services becoming critical as countries managed their response to the pandemic.

Acting in concert with the DWIG report, The World Economic Forum has also released a report pushing the global ID agenda and directly admitting that vaccine passports serve as a form of digital identity.

NEW – Klaus Schwab's World Economic Forum says "the COVID 19 pandemic has led to a heightened focus on the power of medical data, specifically so-called vaccine passports. These passports by nature serve as a form of digital identity."https://t.co/gl6luJ77bX pic.twitter.com/bVcm0HvucK

The World Economic Forum’s goal is to get people to trust in the digital ID ecosystem, acknowledging that much work is needed to combat “mistrust” as indicated in the report.

The world is experiencing something of a mistrust pandemic when it comes to people’s engagement with the data ecosystem. This global “trust gap” or “trust deficit” is a barrier to economic growth, digital innovation and social cohesion.

The report goes out of its way to extol the benefits of digital ID while offering ways to address the mistrust factor. Its conclusion is that the adoption of digital ID is the best way forward for humans to share data.

However, while governments, media, financial institutions, and the entire global control apparatus will be working overtime to get people to trust in digital ID ecosystems, those same establishments will also be instrumental in creating barriers for individuals who, in their view, should not be trusted for a myriad of reasons.

If you’ve recently attended a protest against the government, posted ‘misinformation’ about COVID-19 and/or vaccines, questioned the narrative about climate change, and/or donated funds to organizations unjustly labeled as “domestic terrorists,” you could be deemed “untrustworthy” and prevented from participating in society and exercising your rights.

A recent article by the RAIR Foundation helps clear the air on what the digital ID scheme may also be used for, stating:

Such a digital identity can be used, among other things, to access your health insurance treatments, monitor health devices and your phones, open a bank account and carry out financial transactions…

The WEF’s digital identity scheme is now laying the foundation for a global social credit system that will give them the power to control citizens and punish those they deem “untrustworthy.”

A conspiracy theory no more!

Here it is folks. Ontario is about to roll out there new digital passport system. #WorldEconomicForum #NewWorldOrder Ontario still plans to roll out Digital ID, even after scrapping vaccine passports – LifeSite https://t.co/5zxBNuojHO

Now you know why vaccine passports were implemented.

"The integration of vaccine passport has also been a good test for verifying the interoperability of the [Digital ID] systems over the past few months.

What will the Digital ID of Quebecers look like?
https://t.co/rwzBxv9BJP

The so-called COVID-19 pandemic is proving to be a trojan horse for an agenda much broader than many once considered. With the evidence being provided openly, there is little reason to doubt that humanity is being ushered into a new era of surveillance and control through digital ID systems. This effort is being pushed by governments, banks, multinational corporations, and global governance organizations like the World Health Organization, World Trade Organization, and the United Nations.

But digital IDs only represent one aspect of the digital revolution. As I wrote in “The Vaccine Passport Scheme Goes National One QR Code at a Time“,

A whole world is being created to enslave us in a perpetual digital panopticon including the metaverse, digital currency (CBDCs), mass surveillance, AI and biometrics, and body implants while blockchain technology records everything we do.

In a recent France Soire article, the author discusses the European Union’s digital ID plans and the plight of EU citizens who don’t want to participate in the system, stating:

Soon, you will be the proud owner of a European digital identity wallet, coupled with your vaccination pass, with your identity photo hidden in your QR code…

25% of the population in Europe does not own a smartphone. Those won’t be able to move soon, unless you get one. What if a person does not have a vaccination pass and refuses the electronic wallet? She will be nothing, will have no right to anything, and will not be able to cross any border, since she will have no identity.

The digital identity is sold as a service which will not be mandatory. “No more looking for your papers in your pockets. Instead, show off your E-wallet in your smartphone…”. Very subtle. Nobody will be obliged to, except that in fact, it will be obligatory, unless you live in your corner, withdrawn from everything, cultivating your endives.

In an article from American Banker entitled “The U.S. Pandemic Recovery is a Chance to Improve Digital ID,” authors Isabella Chase and Rick McDonell urged the U.S. to start making better use of digital ID systems, stating:

Digital IDs could also have supported our current recovery. For example, a digital ID system could standardize and simplify the process of scheduling a vaccination appointment, which currently varies according to state and provider. In addition, digital ID could streamline and secure individual COVID-19 vaccination records for easy verification, as well as provide backup records in the event of loss or destruction of the physical cards being issued by the CDC. Finally, “vaccine passports” or some version thereof could be achieved through the use of digital ID, at the same time ensuring the accuracy and centralization of records and preventing easily falsified physical ones.

The experience of COVID-19 is a case study in the potential of digital ID as an innovative way to cut down on financial crime and identify theft, and certainly to streamline administrative processes. While issues of privacy and proper use should certainly be debated and respected, the promise of digital ID in providing more efficiency and security makes it well worth the exploration. The sooner the U.S. embraces digital IDs, the better prepared we will be to weather the next national crisis — whatever it is and whenever it strikes.

The authors of this article have interesting backgrounds. Rick McDonell is the Executive Director of ACAMS, an organization for Anti-Financial Crime professionals. He has also worked for the United Nations as Chief of the UN Global Programme on Money Laundering. Much of McDonell’s work is focused on advising governments on ways to deal with illegal terrorist and organized crime financing. With the focus shifting to rooting out “domestic terrorism” in the U.S. and abroad, who will be the focus of organizations like ACAMS going forward?

Isabella Chase is a research fellow at the Centre for Financial Crime and Security Studies at RUSI. If you’re not familiar, RUSI is a British think tank with close ties to the British state and its military. Its patron is The Queen and the scandal-plagued former CIA Director General (Retd) David H. Petraeus serves as senior vice president. Why is a British think tank with military and CIA connections pressuring the U.S. to get on board with adoption of digital ID? Is it really about stopping financial crime and identity theft like RUSI would like us to believe?

Could it be that the push for digital ID will help aid governments and intelligence agencies put the squeeze on ordinary citizens labeled terrorists because they disagree with or protest against some government policy?

With Justin Trudeau implementing despotic control measures allowing Canadian financial institutions to seize the donations and freeze the assets of those financially supporting the Freedom Convoy, it is way past time to recognize the danger the digital (ID) revolution poses to humanity and actively build alternative economies and ecosystems to resist it. 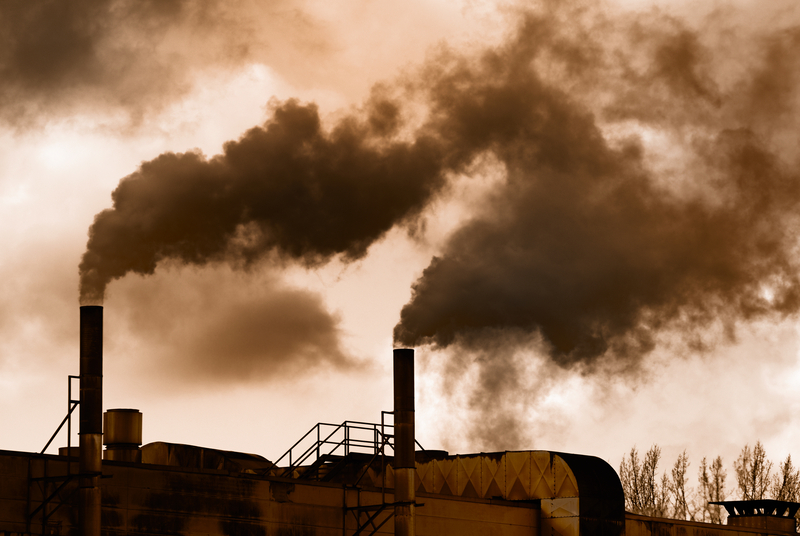 The Industrial Revolution brought many technological and societal advances that served to improve life. However, it also brought many detriments including pollution and environmental harm, child labor exploitation, dangerous workplaces, poor nutrition, and horrible living conditions for many workers. It was the people at the top (the few) who mostly benefitted from the labor of the many. The same still holds true today centuries later. 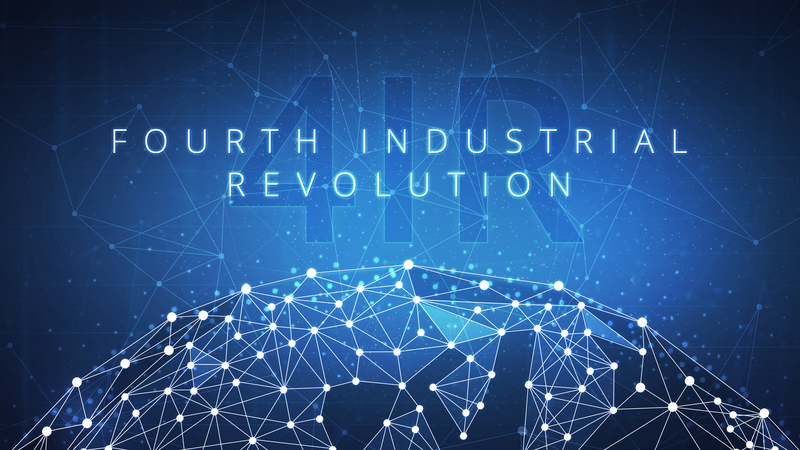 The digital innovations currently taking place in tandem with globalist front man Klaus Schwab’s Fourth Industrial Revolution also promises to bring innovations that will make life easier. Nonetheless, there is the potential for much harm with the advent and expansion of control mechanisms such as social credit, artificial intelligence, advanced surveillance cameras, facial recognition, CBDCs and digital wallets. While the current battle against vaccine passports and mandates are absolutely necessary, digital ID should also be added to this effort so that the masses are aware of the dangers it poses.

Due to public mistrust, the globalists are spending a lot of time and resources crafting “The Great Narrative” to get us on board with their digital control grid and other “Great Reset” plans. They ultimately need our consent and buy in to achieve their goals. Let’s not give them what they want!

Jesse Smith is an independent journalist who operates the Truth Unmuted website. Truth Unmuted is dedicated to exposing the lies, motives, and methods of the global cabal trying to force humanity into a new world order. The website covers issues like technocracy, globalism, transhumanism, politics, health, and other relevant topics that tie into global agendas.