Patrick Byrne: Chinese regime is engaged in “a slow coup”… 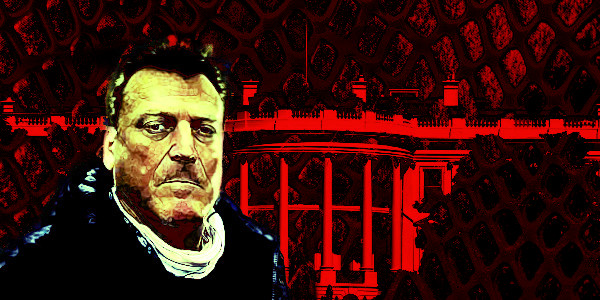 “The greatest way to fight a war, in the Chinese way of thinking, is not to have to fight at all. That’s what they’ve done here … we are facing the long-awaited assassins mace from China,”

“Though we spend a trillion dollars a year between our military and our intelligence, national security circles – that trillion dollars we have and we’ve built, you know, things that can stop all their planes and their missiles and all kinds of things. But we missed the one they use, which is not a fight at all, not firing a bullet or missile at all, but taking us out from within. And that’s what’s going on.”

“What they’re doing is a slow coup. It’s a revolution. The stages of such a revolution are very well mapped out. We understand this. It’s demoralization, disorientation, crisis, then normalization: those four steps. The demoralization is what happened this year with COVID The disorientation is this kookiness we’ve been seeing for about six months,” (Talking about the Antifa/BLM movement and riots.)

“That’s all to disorient you. It’s to tell you, ‘You are not living in the America you thought you were living in.’ Now we have come to this crisis. The crisis is, clearly an imposter president has been stood up… I don’t have to tell you…”

“Political scientists can tell you, to steal the United States you don’t need to cheat in elections everywhere. You need six counties where you cheat the heck out of those counties. And you can flip the six states that they are in and thereby flip the Electoral College and steal the country. But there’s really six counties where you would need to cheat like crazy. And what do you know? Those are the counties – where this year – things happened like a water main broke in the middle of the tabulation process – which really turned out to be a urinal overflow… and they cleared the arena out in Atlanta, and then they pulled out suitcases of tens of thousands of ballots and feed them through the machines, and the data shows you know hundreds of thousands of votes – 99.4% for biden… and now we’re in the normalization phase which is where the media is just beating it into your head.

“What the Chinese did is they studied us, and they saw that corruption is our weakest point. And they infiltrated us, and they corrupted exactly institutions that they needed to corrupt in order to allow what’s going on now to happen.”

“In 10 years, there’ll be prison camps with organs being harvested just as there are in western China,”

“If you bend the knee to this rigged election, they have corrupted the most elementary concept of our tradition, consent of the governed, and you never will get another chance.”

“We do not bend the knee. This is what makes us different. And all over the world, there are people looking to us, hoping we show that we are the exceptional country. This is our chance.”