BIG If True: Was 152 Billion US dollars sent to Iran to coverup the deaths of seal team 6 by the Obama/Biden administration?…

The above video is of CIA Whistleblower, Allan Harrow Parrot, who is interviewed by Charles Woods (father of Tyrone Woods killed in Benghazi) and Nicholas Noe. During the interview, Allan Harrow Parrot claims that Obama and Biden sent Iran 152 Billion Dollars as a coverup for the deaths of Seal Team 6. Allan Harrow Parrot is planning on releasing documents and audio this week on what he claims will uncover “numerous crimes sprees”.

Believing the CIA falcon wizard will be a challenge, but let’s see where this goes.

BREAKING: Full interview HERE about the blackmail /extortion of 152 Billion US dollars sent to Iran to coverup the deaths of seal team 6 by the Obama/Biden administration.

I’m hearing someone very close to President Trump is being briefed right NOW.https://t.co/2xDCl8xH93 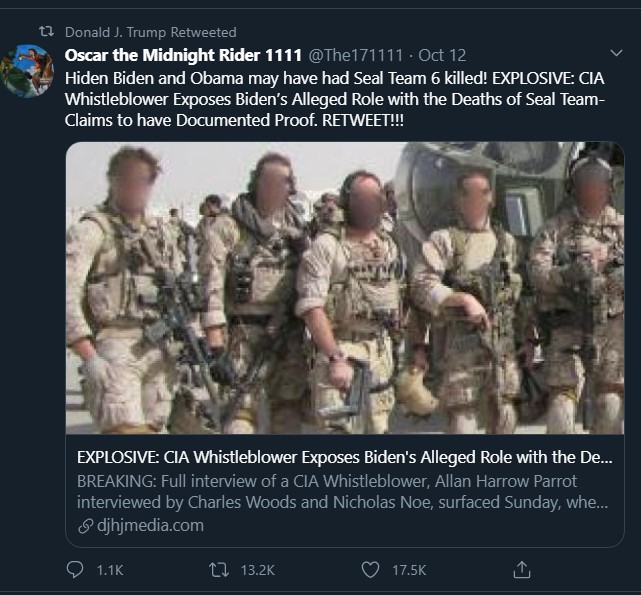