Q: [SPY OP] – They Never Thought She Would Lose 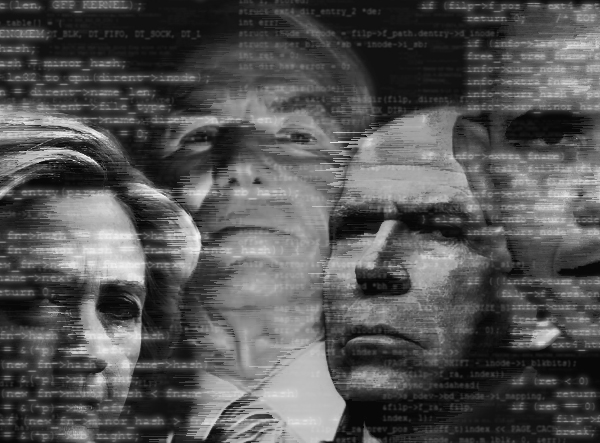 A viral Q post has made people wonder what all those letters mean. If you look at it as a whole, it’s practically a MAP that is begging us to reconstruct it for the normies. Whether Qanon is legit or not, it doesn’t matter. It looks like a fun project to break down. In this post, all the dirty details on the whole spy operation is laid out, albeit messy, we’ll play along and restructure it to make it nice and clean.

We present to you the SPY OP MAP, decoded. Below this post you will find an infographic of the MAP. Technically, Q’s post is supposed to be read from bottom to top as that is the timeline. Other than that, enjoy.

Spy Operation. This whole operation from beginning to end was a spy operation in order to trap Trump and get Hillary elected. But it didn’t work, and now everything is about to unravel.

Hillary Clinton, John Podesta, Robbie Mook, along with Debbie Wasserman-Schultz with the DNC, and James Comey, all coordinated with the UK’s Prime Minister(s) (David Cameron & Theresa May), which used their intelligence agencies to conduct spying operations on Trump – since they couldn’t do it domestically. The information that was collected by the UK’s intelligence agencies was shared with Christopher Steele to create the “Dossier”.

Washington Free Beacon are the original funders of the opposition research on Trump. They are the ones that originally hired Fusion GPS to take on this task. Once Trump won the Republican nomination, Washington Free Beacon dropped out and Perkins Coie took over. Perkins Coie is the law firm (Shell 2) that continued the funding of Fusion GPS (Shell 2) to do the opposition research. Fusion then used those funds to hire Christopher Steele to “create” the fake Dossier. After the Dossier was created by Christopher Steele, he gave the contents back to Fusion GPS, and also fed it to McCain as well.

The tarmac meeting was to offer Loretta Lynch a Supreme Court seat in exchange for insuring no charges would be put on Hillary. The players from Dept. of Justice all coordinated with Bill Clinton to make sure everyone was on board with the deal made on the tarmac. The DOJ players were Loretta Lynch, Sally Yates, Bruce Ohr in conjunction with Christopher Steele, David Laufman, Peter Strzok, David Lawrence, John Carlin, Mary McCord, and Rachel Brand.

During this time, James Clapper was Director of National Intelligence receiving info from the black-hats at the DOJ while acting as a road-block and overseeing the process.

There are 5 items that have been Classified under John Brennan’s watch during his tenure at the C_A, which the NSA has direct knowledge of; Think tarmac tape recordings. When played back, it reveals that John Brennan and the CIA had Antonin Scalia murdered. Please see Q Post #1162.

Hillary and the DNC were conspiring with Hussein’s White House Administration to guarantee Hillary the election. There are emails that prove this (View Q Post #1223 & #1504). They never thought she would lose. Those specifically in the White House included Hussein, Valerie Jarrett, Denis McDonough, Joe Biden, Ross Edelman, John Kerry, Samantha Power, and Kelly Magsamen.

“We need to clean this up — he has emails from her — they do not say state.gov.”

Obama used 3 official National Security Orders to spy on Trump, which Trump can now declassify. The chain of events that leads to Hussein, will start from bottom to top (see map below). Officials at the FBI and DOJ are moving fast to help uncover this spy operation. If you remember, this is why back in May, Q said “Why must the DOJ & FBI be cleaned first?” The FISA application was approved using a fake “dossier” to justify a warrant to spy on Trump. The United Kingdom – being part of the FVEY network – assisted John Brennan and the CIA by feeding them information about Trump since the CIA cannot operate domestically. Some would call this an act of war by a foreign nation. What do you think?

When the info is released [RR] no more.
When the info is released no more Russia investigation.
It will factually conclude the corrupt nature by which the entire false narrative was created all to 1) prevent the election of POTUS 2) delay/shelter/mask/hide all illegal activities by Hussein/others during past 8 years.
DOJ/FBI cleanse vital as primary.
Huber coming.
These people HATE America.
Q

They believed Hillary would win the election and none of their corruption would have been exposed. They were wrong. NOW COMES THE PAIN!!!

You can click below to open the image in a new tab, or right-click and “save image”.